Your Trusted
Guide to
Natural Health

We want to be your most trusted source for natural health information.

It's difficult to fully enjoy life if you're not vibrantly healthy. Organic Daily Post understands that, which is why we’re committed to being your most trusted guide to getting and staying healthy...naturally.

You can trust us to provide expert content from a wide variety of disciplines and perspectives from the health and wellness space. We hope our unique take will support, motivate, and inspire you toward the best possible outcomes for you and your loved ones.

We pride ourselves on our expertise at the Organic Daily Post. Here are the professionals that review our content for truth and accuracy. Dr. Ahmad Alsayes is a physician of internal medicine, and 1st year Master student in Medical Informatics. Dr. Alsayes is a medical graduate of Alexandria University. 2 years of training as a house officer and then an intern in the main hospitals of Alexandria University gave him a comprehensive general clinical knowledge in critical care medicine. Thus, while his main training was intensive in critical care medicine and ophthalmology departments, he gained the required skills to operate in the private healthcare sector.

Also, as an M.D., Dr. Alsayes has a wide research experience as he has participated in dozens of clinical trials carried out by Alexandria University's faculty of medicine, mainly on chronic diseases (such as diabetes, hypertension, rheumatoid arthritis, etc.) and the role of natural/supplementary medicine in management of chronic conditions.

As an applied practice in the field of medical informatics he’s currently working remotely with HouseCall MD of Southern California (to manage medical data entry and coding aspects), and IQVIA of Montreal Canada (to provide retrospective clinical data analysis and quality checks).

In his spare time, Ahmad loves reading, running and cycling, and has participated in many races/events nationally. Trained at the Canadian College of Naturopathic Medicine, Harvard University's Benson Henry Institute of Mind Body Medicine and Georgetown's Food as Medicine program, Dr. Eric Wood is a leading naturopathic physician licensed in Arizona and Washington D.C. Over the last decade, he has built a multidimensional practice and career in consulting/formulating with supplement companies, university teaching, private practice, and media/writing.

Currently serving as associate faculty in the Alternative Medicine Department at Everglades University and Associate Professor of Holistic Nutrition at Hawthorn University, Dr. Wood founded his private practice Visionary Health in 2013. Prior to this, he served as a specialty physician for two leading North American supplement/medical companies for five years: Life Extension and Neuroscience. During this time, he consulted with several thousand patients, specializing in the areas of integrative oncology and adrenal fatigue/hormone balancing.

Dr. Wood is the author of several books including the Adrenal Fatigue Solution, Scientific Fat Loss, and Longevity Secrets (through Primal Labs in Texas) with a fourth due later this year called the Ultimate Guide to Keto and a fifth through Anirva on skin care from the inside out.

Dr. Wood has been featured on ABC, NBC, Fox, The CW and other North American TV networks discussing supplements, food, and sugar. This year he will be featured in a new documentary being released internationally entitled 'Food, Health, and You', and he has upcoming appearances on national major network syndicates discussing skin care from the inside out in anticipation of launching a joint new venture company with his business partner: Anirva.

Dr. Wood's work has been published in the Sage Oncology Encyclopedia, a number of prominent healthcare websites and blogs such as Ben's Prostate and Natural Fertility Prescriptions. He sits on the board of Lupavita Inc., Anirva, and on the international editorial board of the Journal of Alternative and Integrative Medicine in Budapest, Hungary. He is also a featured speaker nationally and internationally on the roster of Globelinx consulting. María is a general physician with a Masters Degree in Anesthesiology and Pain Management from Universidad de Los Andes. Maria has worked in Instituto Autónomo Universitario de Los Andes in the operating room service and also in the Central hospital of San Cristóbal, where she currently works in the Breast Clinic where she in charge of patient medical care throughout the entire surgical process. Dr. Tara Michelle is a Naturopathic Physician, Wellness Educator, and Equine Specialist. Above all, she is a steward of the earth and an ambassador for our beautiful planet and its
exquisite plants, animals and people. Inspired by her connection to the natural world, Tara is dedicated to bringing more peace to the planet and promoting research, education, and personal empowerment.

Tara’s unique approach to naturopathy uses a wide variety of holistic tools combining the wisdom of nature and the rigors of modern science. When working with individual clients she is able to provide a practical approach to health, focusing on proactive prevention and comprehensive diagnosis. This form of treatment allows her to honor and specify the
diverse needs of each being while introducing wellness as a lifestyle.

Tara’s love of botanicals and natural medicine have woven together on numerous projects including the design and creation of a children’s teaching garden in Northern California. Her relationship with the natural world has led her to build many important connections, starting with her role as a Certified Living Foods Educator.

Dr. Tara Michelle co-founded Ananda, a world renowned in Apothecary in Boulder, Colorado. There she gained extensive experience in many areas including product management and research and development.
Tara grew up in the exquisite beach town of Santa Barbara, California where she spent her youth actively involved in the community. There she grew her athletic abilities as a swimmer, runner, and volleyball player. Her other interests include alpine mountaineering, yoga, writing, ocean play, gardening, meditation, and equine adventures to name a few.

Tara is a dedicated student and teacher of Yoga who believes that beauty begins on the inside and radiates outward. As a Yoga instructor and teacher trainer she has led numerous certified trainings all over the world. She has leant her expertise as a guest teacher and speaker to motivate both groups and individuals. Through workplace seminars, private training, a blog, a YouTube channel and audio courses, Tom teaches ancient and modern meditation techniques and mind-body exercises plus tips and strategies for making meditation a much much much easier and more customized process for busy people from all backgrounds and paths. Tom has been interviewed extensively about his work and you can delve deeper by listening to his interview with Bernie Siegel, MD here.

You can learn more about Tom's meditation training at his Deeper Meditation site and about his written work at The Miracle Writer. Laura attended the Pennsylvania State University and graduated with a degree in Nutritional Sciences. She then went on the Nashville, TN to complete her dietetic internship with the National Healthcare Corporation. Laura is currently pursuing her Masters Degree in Health Promotion from the Maryland University of Integrative Health while working full-time as a Renal Dietitian.

In her spare time, Laura enjoys cooking or being outdoors. You can follow her on Instagram @mywellnessways. Maegan White is a registered dietitian with a Master's degree in Health Studies and Health Promotions from the University of Alabama. Maegan has worked as a clinical dietitian and diabetes educator at Baptist Hospital in Pensacola, FL, served as an adjunct nutrition professor at Pensacola State College, worked as a health educator for a corporate wellness company, and has served as the President of the West Florida Academy of Nutrition and Dietetics.

She is a nutrition expert on medical nutrition therapy including, but not limited to: weight loss, weight management, GI disorders, food allergies, meal planning, diabetes management, and renal therapy.

In her spare time, Maegan travels the world with her husband and two spaniels. Rehne was trained at the Aromahead Institute with additional courses including: Ayurvedic Application of Essential Oils, Fundamental Chemistry with Dr. Joy Bowles, and Essential Oil Masterclass with Robert and Hana Tisserand. Rehne is passionate about the importance of aromatherapy in a healthy lifestyle. Rehne is a Certified Aromatherapist, medical auditor, and former instructor and educator on anatomy and physiology. Rehne is a professional member and the Central Director for Louisiana for the National Association for Holistic Aromatherapy and a professional member of Alliance of International Aromatherapists.

Rehne has written for the (now retired) inline book The Biblical Herbal and continues to enjoy writing for Healthy Living magazine, a publication of Nature’s Warehouse. She is the owner and operator of Soul Essentials Duo in Ponchatoula, La.

We'd love it if you'd connect with us on any of these platforms. We'd love to hear from you!

Our hard work has been recognized by our peers and below you can see the awards we're recently received for the quality of the natural health content we publish. 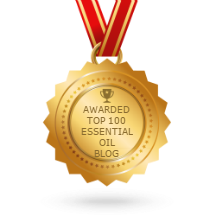 The Organic Daily Post is an Elite CafeMedia Lifestyle publisher. This means that 100% of our ad inventory is sourced from CafeMedia and all inquiries about buying ad space on our site should be routed through CafeMedia.

If you have other inquiries related to advertising, please contact: advertising@organicdailypost.com

The purpose here to outline our editorial policy in broad strokes rather than to disclose the style guide for our writers, although if you have questions on that front most of them can be answered here.

Here are the general guidelines and values of our editorial policy:

If you have questions about our editorial policies or the quality of our content, please contact: editorial@organicdailypost.com

Our global headquarters is located in historic Lowell, Massachusetts.

We are located at:

For general inquiries, you can reach us by email at: contact@organicdailypost.com

If you're having trouble using our site, please contact: webmaster@organicdailypost.com