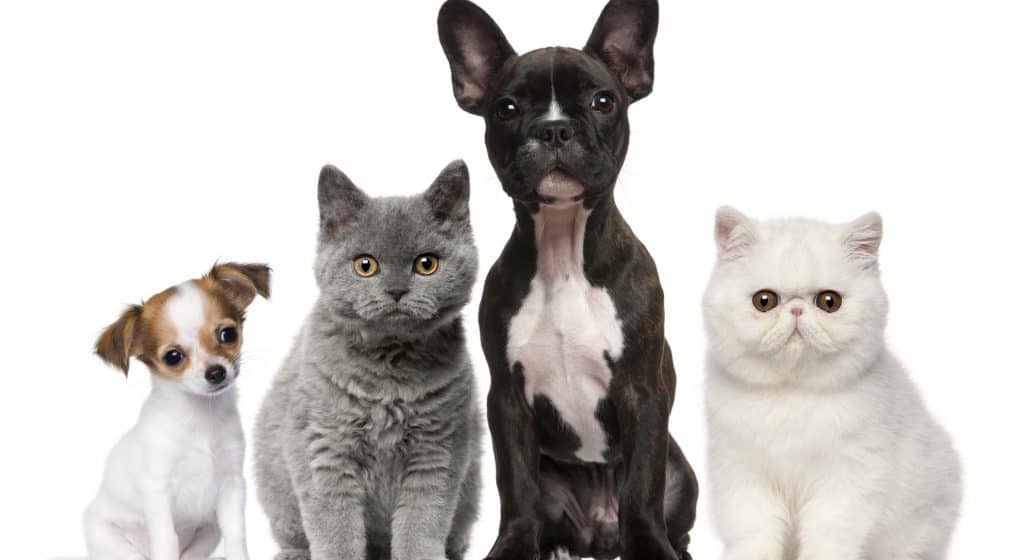 I'm always looking for ways to lead a more natural life. Whether it's shifting to a zero-waste lifestyle, eating a plant-based diet, or drinking apple cider vinegar in the mornings, there's always something more I'm looking to do that can take my existence to a cleaner, brighter level.

And the past few months, I've had pet fever. I live in a camper, and it's definitely not the most practical idea, but I find myself daydreaming about having a cat, dog, or rabbit here. I know, I know, where would the litter box go? But I can't seem to resist the fantasy. I feel like I'm constantly daydreaming about coming home to some fluffy creature that's bouncingly glad to see me.

And as cleanly as I'm trying to live my life, I keep bumping up against the idea of how chemical-ridden, how processed, the way we treat our pets is. It's odd, how we link certain meats or foods to cancer – and avoid them ourselves at all cost – but continue to feed our most cherished companions those same things, imagining somehow that they're immune.

I am lucky to know some wonderful people who feed their dogs like royalty (or at least like humans); my friend Jordan cooks his dog Loki's meals! But what about when our pets have health, skin, or weight struggles? For our own health, we know what to do: adjust our diet, add supplements or yoga or green juice, get more sleep. But when it comes to animal health, it seems like most of us are more than a bit lost.

Here are a few of the most innovative ways I've seen people incorporate apple cider vinegar into their pets' lives for the better.

There's nothing cuter than a nice, pudgy cat. I love them in all their squishy forms. However, there is a point when your beloved pet gets so thick in the middle that they begin to face other health risks. And diet food can be expensive without being effective. However, I've read about people incorporating apple cider vinegar into their pets' diets.

While it seems like cats and dogs – reasonably so – don't like the taste of it mixed into their water, people often mix it into their pets' food as a way to dilute the flavor while delivering beneficial, potentially weight maintaining effects. This website has good information on doses to blend into your cat's food.

Conjuctivitis, or pink eye, is a common problem that dogs and cats face – and it's purse misery. If you've had it, you know. I can't verify this one with any studies, but there are swarms of anecdotal reports on the internet that say rubbing apple cider vinegar into the back of a cat's neck can aid in clearing their conjunctivitis.

As wild as it sounds, diluting apple cider vinegar with warm water on a cotton swab, and applying it to the back of the neck, is a well-known home remedy for helping clear your kitty's painful eyes!

I have a lucky confession to make: I've never had a full-fledged UTI. Every time I've started to feel one coming on, I've always done the same thing: take a shot of apple cider vinegar diluted in water. It's amazing how quickly it works! I feel back to normal after just one day. It stands to reason, then, that an animal would experience the exact same benefits.

But it didn't occur to me until now. According to people from across the web, mixing apple cider vinegar into your pets' food is a great way to stave off miserable UTIs, keeping your pets feeling strong and vibrant. This website has great tips, like how much to give your pup, and mixing it into treats like peanut butter and honey to make this treatment into a treat.

Ear infections are the worst, for humans and dogs alike, and medications can be expensive. Enter apple cider vinegar. There are several sources saying a solution of equal parts apple cider vinegar and water can be used to combat ear infections. Apparently, it's all in massaging it into the ears. Who'd have guessed?

I'm from Tallahassee, where we combat an annual outpouring of fleas. It seems as if they cascade into the streets like those doors that burst in that one scene from Titanic. Every house struggles with fleas each year. Once, my roomie had had enough. She was getting bitten about twice as often as I was – maybe she was just sweeter – and started taking shots of apple cider vinegar every day.

Fleas are supposed to hate the taste (I can't blame them). And it seemed to work pretty well for her! It makes sense then, that this works well for your pets, too. And it's not just limited to tricking them into ingesting it. Spraying their coats with a diluted apple cider vinegar spray has been shown to keep fleas at bay. An added bonus? Their coats will be nice and shiny from the apple cider vinegar, which works as a conditioner.

It's important to keep in mind that all of these remedies are anecdotal; research on pets and apple cider vinegar is more or less nonexistent, but people from across the web are out there, lauding its benefits! It seems that the magic of apple cider vinegar's uses doesn't end with us. Have you ever used it to help out your pets? Let us know how it went in the comments below!