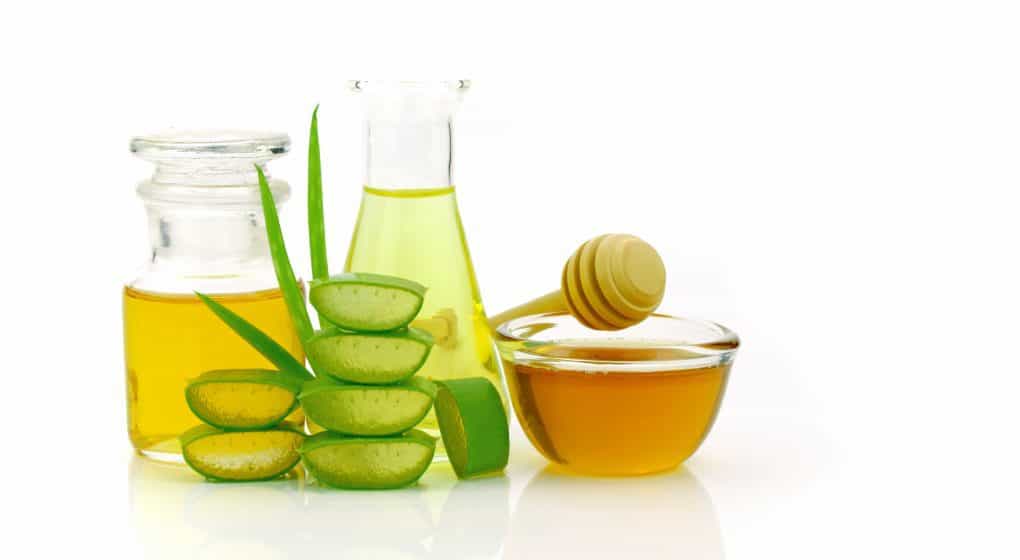 I feel like I'm always saying it, but it's true: I'm really obsessed with apple cider vinegar. I'm hard-pressed to find something about it that I dislike. And with it part of my daily skin and water routine, I can't imagine life without it! It sits right there on my counter beside my coconut oil, waiting to be used for the next project.

And despite all the far flung uses I've found for the beloved elixir, it really is just an ingredient...and ingredients are meant for cooking! Here's a handful of some favorite recipes from blogs across the web that showcase some true, apple cider vinegar goodness.

Let's kick this off with the most important meal of the day...

Okay, I feel like Arman over at The Big Man's World gets me on an elemental level. I'm a sucker for the same frozen banana and kale smoothie for breakfast basically any day of the week. Maybe people with plant-based diets are just predictable. Regardless, they hit the nail on the head about the craving for something more solid to get us through the morning. Although the cold days are behind us, I think just about every day is a good day to eat pancakes!

These are great because they use only a handful of ingredients, and the apple cider vinegar helps balance out the sometimes-overbearing flavor that baking soda can impart in largish quantities. And if my pancakes turn out looking 25% as beautiful as the ones in the pictures, I'd count that a win.

Sometimes though, I have really banana-ed myself out and want to spice up my breakfast routine. But I always feel like my pancakes – especially being a vegan – turn out flat and strange. It seems as if Ceara's Kitchen has answered my pancake prayers. Her recipe, like Arman's, uses the apple cider vinegar to balance out that baking powder flavor, and Ceara says that the baking soda's the key to making her pancakes so brilliantly fluffy-looking. Sign. Me. Up.

But if you're not in the mood for breakfast, I've got a few more goodies up my sleeve...

It's farmers' market season! And that means it's time to load up on those greens. This salad from Yummly stars some finely diced cruciferous veg for a bright crunch, and the apple cider vinegar works in tandem with lemon and oil for a refreshing, tangy salad to put a pep in your step during the day.

But if you have a salad go-to already in your home – I know mine involves avocado, shredded carrot, and dried cranberries, then a shallot salad dressing will add a zip to your routine salad habits! Healthy Seasonal Recipes has this dressing, and it looks easier than pie and divine! It takes only a few minutes to whip up, and with ingredients you've probably got sitting in the cupboards now. What're you waiting for? Give it a whirl!

Now that summer's peeking its head around the corner, it's high time for some good old-fashioned barbecue flavors. I, for one, want some pulled jackfruit on a fluffy roll – with some of this pickled onion slaw right on top. Pickled onions are one of the tastiest, tangiest add-ons to a dish, and I'm all about this version from Cooking Light. What a prime complement to that Memorial Day cookout you've got lined up!

Okay, Cooking Light is really on a roll here. They're at it again with these pan roasted veggies of theirs! One of the tastiest places to grab happy hour in Denver is at Sputnik, where their small bites include some apple cider vinegar brussels sprouts that are out of this world. Seriously, if you haven't incorporated apple cider vinegar into your roasted veggie routine, you're in for a treat! Give it a go. And while you're at it, try them as a side to this amazing entrée...

I know, I know. The title does all the leg work here. When I opened this recipe, my hands shot in the air like those two emoji victory hands. I'm so impressed by Rabbit and Wolves for this dish. The glazed tofu looks upscale, mouthwatering – and straightforward to make. The combo of apple cider vinegar and maple is really all you needed to sell me on this one. Pair it with those roasted veggies and your dinner is done!

Is it a dessert? Is it a breakfast? I really can't say. What I can say though, is that doughnuts are one of the best foods of all time. And these doughnuts look incomprehensibly good. I don't even know where to begin with this one – all I know is that I want these on a plate next to me right now. These gems are originally from Alissa at Connoisseurus Veg, but you can read the recipe at Yummly.

This looks so unbelievably easy! I made my own kombucha for about two years, and the process seems fundamentally the same. It may seem daunting, but all you do is set it up in a clean jar and check on it every once and a while! Reading this recipe has me inspired to get my own set up in the autumn, when the apples are dropping right off the trees.