▷ Can Apple Cider Vinegar Be Used to Treat Acne?

Can Apple Cider Vinegar Be Used to Treat Acne? 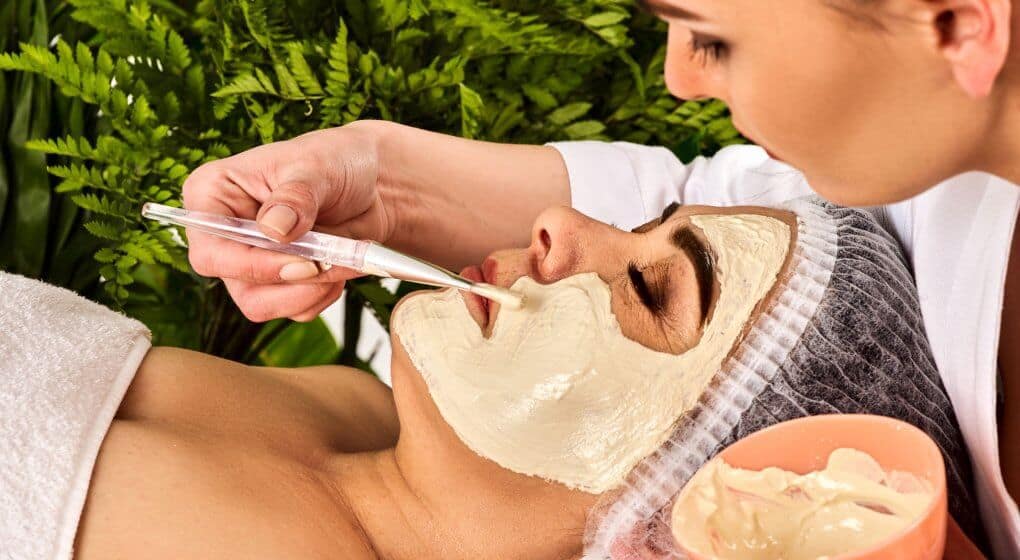 Acne is hands down the most common (and arguably most irritating) skin disorder to plague modern day society.

Acne really is quite unique when compared to many other skin disorders, as it is known to infect the hair follicles, sebaceous glands, sweat glands, and oil glands of the skin. It is for this reason that its effects are often so severe and widespread [1].

Well known for the large red pimples and blemishes it can cause, acne can also lead to skin swelling and redness, dryness and irritation, and an overall decline in skin quality.

In short, acne is bad news.

And this becomes more apparent when we take the time to consider that acne is very likely to affect pretty much the entire population at time or another. Seriously, it has been said that up to 90% of all young adults and adolescents will suffer acne during their life – while the likelihood of developing adult onset acne has also been increasing at an incredible rate.

With this, many people have been looking towards simple and affordable home remedies to add into their acne treatment plans. While many of these homemade compounds may have little evidence to support their use, they are typically much cheaper than most tried and true alternatives – and as a result, they are increasing in popularity at an alarming rate.

And one particular remedy that has arguably become the most common is apple cider vinegar.

Apple cider vinegar is an interesting liquid that has been used in traditional medicinal practices and folk remedies for centuries.

To make apple cider vinegar, apples are crushed, and their liquid is extracted – much like traditional wine pressings. This liquid is then combined with water, yeast, and key bacterial strains, where it is covered and left to ferment, undertaking what is known as the first fermentation.

During this initial process of fermentation, the sugars found in the apples are converted into ethanol, making the liquid alcoholic. Once this has occurred, specific acetic acid forming bacteria (also known as ‘acetobacter’) is added to the formula to commence the second fermentation.

During this process, the ethanol is fermented into acetic acid (which is what gives vinegar its acidic taste) – during which strands of ‘mother’ bacteria will from within the cider.

And it is a unique combination of this bacteria and organic compounds within the cider itself that is said to give apple cider vinegar its unique health properties.

With this in mind, apple cider vinegar has recently undergone a rapid rise in popularity within the health and fitness industry, where it has been said to promote weight loss, help regulate blood sugar levels, lower levels of blood cholesterol, and even improve skin health and treat acne.

Which is why we are going to take a very objective look at the research when it comes to treating acne with apple cider vinegar.

What Does the Research Tell Us?

First and foremost, all types of vinegar have been shown to have anti-bacterial and anti-viral properties – demonstrating a capacity to kill many types of bacteria and viruses [2].

More specifically, there is a key type of bacteria that has been shown to contribute to the onset and development of acne, known as Propionibacterum acnes (or ‘P.acnes’ for short).

Taking this into consideration, specific acidic compounds found in apple cider vinegar (acetic, lactic, and succinic acid) have been shown to kill off P.acnes [3, 4].

This suggests that some of the compounds found in apple cider vinegar may have some acne fighting capabilities.

In combination with the above, apple cider vinegar contains an abundance of organic compounds that have been suggested to improve acne scarring by stimulating a process known as chemical peeling – which describes when acidic compounds remove the damaged outer layers of skin, promoting the growth and regeneration of new, healthy, and undamaged skin.

With this in mind, the application of apple cider vinegar to the skin has been shown to improve the texture, appearance, and pigmentation of acne scarred skin, again demonstrating some capacity to reverse the negative effects of acne [5, 6].

Are There Any Side Effects of Using Apple Cider Vinegar to Treat Acne?

It is important to note that as apple cider vinegar is highly acidic in nature, if left for long periods of time on the skin it can lead to burns [7].

As a result, for those of you who wish to try using apple cider vinegar to treat your acne, we strongly recommend you dilute it with water prior to applying to the skin, and even then, only apply to the skin for very short periods of time.

It is also in your best interest to avoid applying apple cider vinegar to sensitive skin or open wounds, as these areas of tissue are much more susceptible to skin damage and are therefore highly likely to burn.

While apple cider vinegar does indeed have some qualities that may assist in the removal of acne causing bacteria from the skin, and improve the state of acne scarred skin, it is far from an acne cure.

In fact, we would argue that this specific compound offers a much less effective acne treatment than suggested. And given that it does have the potential to burn the skin if applied incorrectly, we would recommend avoiding it all together.

For those looking to treat acne, your best bet would be to use essential oils or an already established organic acne treatment, as these are both effective and gentle on the skin.

If you have had any experience using apple cider vinegar, we would love to hear about it – so drop us a comment and we will get back to you ASAP.

1. Gollnick, Harald, et al. "Management of acne: a report from a Global Alliance to Improve Outcomes in Acne." Journal of the American Academy of Dermatology 49.1 (2003): S1-S37. From:

5. Kapuścińska, Alicja, and Izabela Nowak. "Use of organic acids in acne and skin discolorations therapy." Postepy higieny i medycyny doswiadczalnej (Online) 69 (2015): 374-383. From:

Best Books on Meditation for Beginners, Kids, Anxiety and More