▷ What Are the REAL Benefits of Apple Cider Vinegar? (2020 Update) 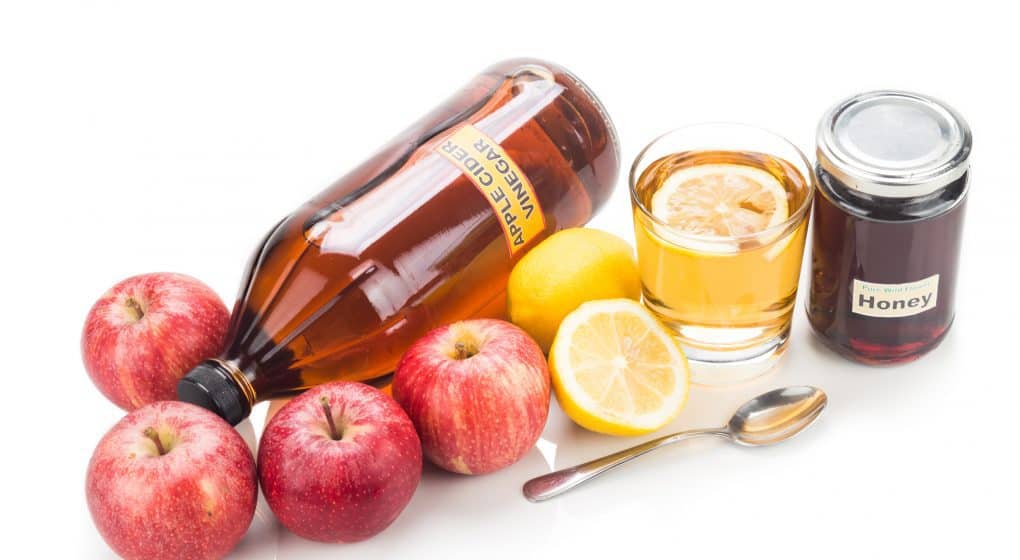 Over the last year or so, apple cider vinegar has become a staple of the health conscious. Suggested to promote weight loss, improve health, improve skin quality, and even treat certain diseases and illnesses, many really do consider it to be a cure-all of sorts.

Use the toggle below to view all the health conditions reviewed:

With its increased popularity, apple cider vinegar has even been suggested to act as completely organic and all-natural treatment to many known health conditions.​

But is this really the case?

In the following article, we take an objective look at the research around apple cider vinegar, determining whether it does have the ability to improve health and cure disease or if it’s all just hype.

What is Apple Cider Vinegar?

Apple cider vinegar is a unique liquid that is the direct result of a simple two-part fermentation process.

In the first part, the organic apple juice obtained from crushed apples is combined with yeast, water, and specific strains of bacteria, then left to ferment. This process is known as the first fermentation, and it converts all the sugar found within the apple into ethanol (an alcoholic substance).

Once the first fermentation has been completed, a specific type of acetic acid-forming bacteria (known as ‘acetobacter’) is added into the mix, which commences the second fermentation process.

During this process of fermentation, the ethanol is turned into acetic acid – a key compound that is entirely responsible for the vinegar taste that comes with apple cider vinegar.

During this second fermentation, strands of ‘mother’ bacteria also form within the apple cider.

Interestingly, it is thought to be a combination of acetic acid and these specific bacteria that provide apple cider vinegar with its unique health-boosting properties.

Below is our master list of ACV benefits and uses for health purposes. If we've missed any, let us know in the comments and we'll keep adding on!

A urinary tract infection (UTI) describes a bacterial infection in any part of your urinary system, including the kidneys, bladder, urethra, and ureters. UTIs can be quite painful and are traditionally treated with powerful antibiotics.

While there is evidence to suggest that apple cider vinegar does exhibit antimicrobial properties,[1] they don’t appear potent enough to eliminate the severe bacterial infections associated with UTIs. With this in mind, the consumption of apple cider vinegar may offer us a preventative measure against UTIs through its ability to improve general health and function, but not an effective treatment.

Gout is essentially a complex form of arthritis that occurs when uric acid accumulates and calcifies within your joints. This results in rather sudden (and severe) pain, tenderness, redness, and swelling throughout the joint complex.

The consumption of apple cider vinegar has been shown to reduce inflammation and lower the levels of uric acid found in the blood, suggesting a potential to reduce the risk of developing gout – although it appears to be ineffective as a treatment for well-established gout.[2]

Some of the specific compounds found in apple cider vinegar have been shown to suppress the activity of the enzyme renin – a key protein that is responsible for causing acute elevations in blood pressure.

With this in mind, the regular consumption of apple cider vinegar may actually have the ability to cause a significant reduction in resting blood pressure levels over time.[3] This suggests that it may turn out to be a great addition to more traditional blood pressure medications and treatments.

Apple cider vinegar contains an abundance of organic compounds that have been suggested to stimulate a process known as chemical peeling – which essentially describes acidic compounds removing damaged outer layers of skin, thus promoting the growth and regeneration of new and healthy skin cells.

As a result, the regular application of apple cider vinegar has been suggested to remove the skin pigmentation associated with moles, even removing them completely in some situations.

Kidney stones are almost entirely comprised of calcium oxalate crystals and develop when your urine is highly concentrated. These stones form within the kidneys and can result in intense pain and discomfort, nausea, vomiting, and even blood in the urine.

While apple cider vinegar does indeed make your urine less acidic (and therefore works against the formation of kidney stones), it does not have the ability to dissolve stones that have already formed. As a result, it may offer us a way of effectively preventing their formation, but not act as a kidney stone treatment.[4]

Excessive sun exposure leads to skin cell damage, followed by intense and thorough inflammation - driven in an attempt to clear the skin of these damaged cells and commence skin healing. It is this process that results in the skin discoloration that we recognize as sunburn.

Apple cider vinegar exhibits potent anti-inflammatory properties that may reduce some of the redness and swelling associated with sunburn, but it will not speed up skin healing or cellular regeneration. As a result, it may be used as a way to reduce the severity of sunburn symptoms in the short term, rather than a full-blown sunburn treatment.

Hemorrhoids (or piles) are swollen veins that form in the lower part of the anus and rectum. When the walls of these vessels become stretched, the resulting hemorrhoids can become extremely painful and irritated.

With this in mind, the anti-inflammatory properties of apple cider vinegar make it an effective way to treat hemorrhoids.[5] It is important to note that due to its acidity, this treatment method can be more uncomfortable than many traditional medications.

Eczema is a common skin condition in which certain areas of the skin become inflamed, itchy, and rough. While this condition can affect any part of the body, it most often presents on the face, wrists, hands, and knees.

Although there isn’t an identified cure for eczema at this time, apple cider vinegar has been shown to improve the symptoms of this skin condition in a rather big way.

Apple cider vinegar contains key compounds that contribute to skin health, while also reducing inflammation and removing skin-borne bacteria – all of which can improve the quality of eczema-affected skin.[6]

Can apple cider vinegar be used as an enema?

Given its rising popularity as a treatment for various bacterial and microbial conditions, it should come as no surprise that apple cider vinegar has also been implemented in enemas as a way to improve gastrointestinal health and function.

While there is little scientific evidence to support its use, apple cider vinegar in an enema has been suggested to remove bad bac