▷ How to Choose the Best Chromium Supplement (2022 Update)

How to Choose the Best Chromium Supplement 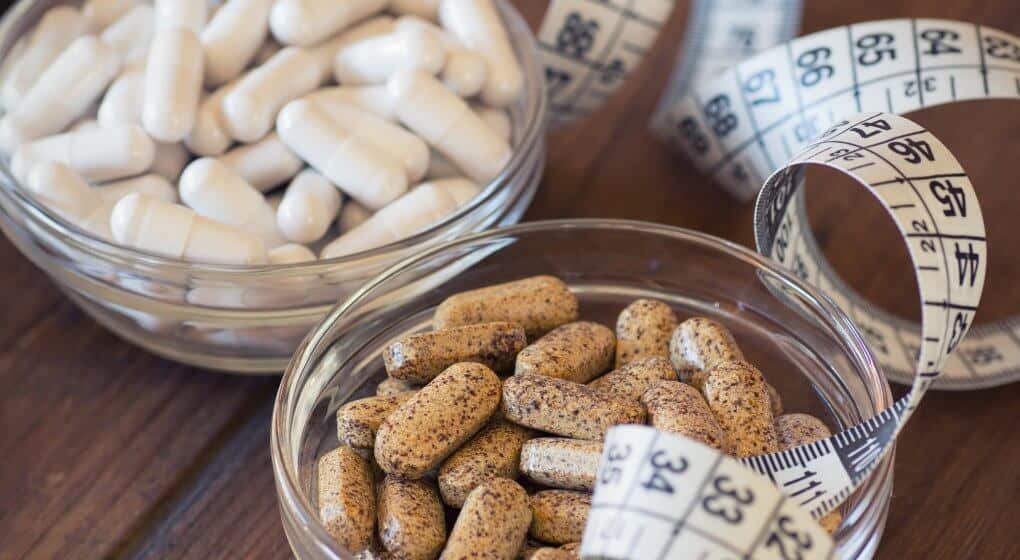 Among the HUGE number of vitamins and minerals that the body needs to survive and function on a daily basis, there are a specific group known as trace minerals that hold significant importance.

These trace minerals are considered thus as they only appear within the body in very small quantitates (AKA trace amounts…). 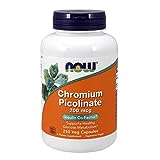 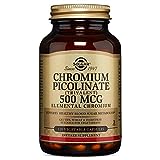 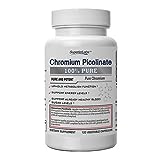 Despite this, they are known to play a number of important roles within the human body – in which their deficiency can be terribly detrimental to health.

Interestingly, with this in mind, the addition of these compounds into the body has been shown to cause large improvement in health and function, making them extremely potent options when looking to boost health.

And one such trace minerals is Chromium.

Chromium is actually a type of chemical element that can be categorised as a trace mineral.

This particular mineral only appears within the body in very small amounts, yet is known to play a number of roles to ensure optimal health and function is maintained. These roles specifically include the regulation of normal blood sugar levels, the maintenance of normal cardiovascular health, weight management, and optimising brain health.

Chromium plays a role in the maintenance of the body’s insulin-signalling pathway, where it directly impacts the body’s ability to manage blood sugar levels, and thus dictates energy levels.

Research has also suggested that chromium may play a key role protecting DNA chromosomes from damage, providing an indication that it may have the capacity to prevent cell mutations and the harmful diseases associated.

What Are the Benefits of Taking Chromium?

Given the individual and unique roles that chromium plays within the human body, it stands to reason that the supplementation of this important mineral is likely to impact health in a positive manner – something that has become apparent with research.

We have already discussed that chromium plays an important role in the management of the insulin-signalling pathway. In a more specific sense, it enhances the effectiveness of the hormone insulin.

Insulin is known as an energy storage hormone, as its primary role is to promote the movement of glucose molecules from the blood into the body’s tissues, where it can be used for energy at a later date.

By improving the action of insulin, Chromium supplementation can increase our ability to manage blood sugar levels. This makes it an excellent way to reduce the risk of developing diabetes, while also acting as a perfect supplement to traditional diabetes medications [1].

In conjunction with its impact on blood sugar levels, Chromium has also demonstrated a capacity to affect the levels of cholesterol in the blood.

These same individuals have also shown to have less plaque build-up on the walls of the arteries, suggesting a link between chromium and cardiovascular health.

There has been recent research to suggest that those individuals who consistently consume more chromium demonstrate a much better capacity for weight management than those who do not, while also showing associated reductions in hunger levels on a daily basis.

While this mechanism it somewhat unclear, it does suggest that chromium supplementation may play an important role in assisting weight loss and improving hunger management in overweight and obese individuals [3]. There are plenty of tried and true methods for losing weight, however, if that's what you're after.

Chromium Supplementation and the Brain

And finally, combined with the above, chromium has also been shown to have an impact on the health of our neural tissue.  Due to its interaction with insulin, it also appears to modulate brain function – with specific emphasis on hypothalamic function.

With this in mind, the increased intake of chromium has been suggested to protect against age related declines in cognitive function, while also assisting in the control of mood and energy levels [4].

This makes it an important compound to consider when looking at improving brain health and function through supplementation.

Given the increasing popularity of trace mineral supplements, a somewhat large number of chromium supplements have entered the market – making it difficult to knowingly choose a good one.

As a result, we have gone ahead and outlined what we believe to be the best three chromium supplements available on the market.

NOW are one of our favourites, as they can be guaranteed to use high quality compounds, in which they also offer their products at affordable prices.

With this in mind, their chromium supplement is no different. One of the cheapest options on the market, it provides us with a solid serving of chromium, offering an affordable means to boost health. 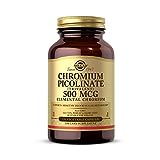 This is paramount in their chromium supplement, where they provide a potent 500mcg dosage of chromium in a highly bioavailable format. While its not the cheapest option on the list, it offers great quality and a high degree of efficiency.

Similar to the Solgar supplement that comes before it, this particular option by superior labs provides an ultra potent 500mcg dose of chromium per serving, making it one of the most efficient on the market. 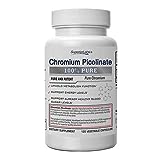 This is a great option for those looking to introduce a quality chromium supplement into their regime, without breaking the bank.

Chromium is one of the most important trace minerals within the entre body, where it known to play a number of roles to ensure the maintenance of normal health and function.

With this in mind, the supplementation of chromium can assist in the regulation of both blood sugar and blood cholesterol levels (thus preventing against both diabetes and cardiovascular disease, respectively), improve weight loss, and even improved brain health and cognition.

The three options listed in this article are what we believe to be the best chromium supplements available on the market. If you have had any experience with them, we would love to hear about it – so drop us a comment and we will get back to you ASAP.

Tina, you listed the Superior Labs chromium as most affordable – it’s the most expensive. May be worth it since it has no fillers, magnesium stearate, etc, but for dose and number it’s significantly more than the others on Amazon – at least as of today. Now brand also has a mix of 3 kinds of chromium.