▷ How to Choose the Best Magnesium Malate Supplement (2022 Update) 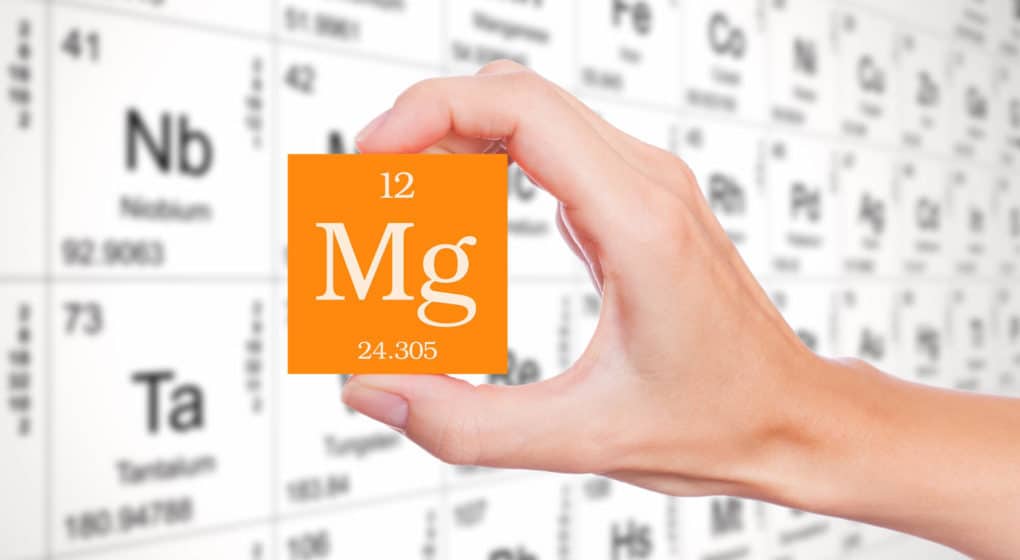 The body’s ability to function and maintain health is highly dependent on the ability of its many cells to perform their required processes. And to perform these effectively, the body needs to have adequate nutrients available at all times. 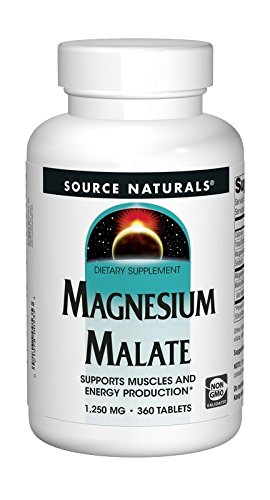 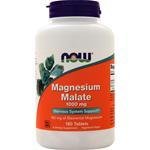 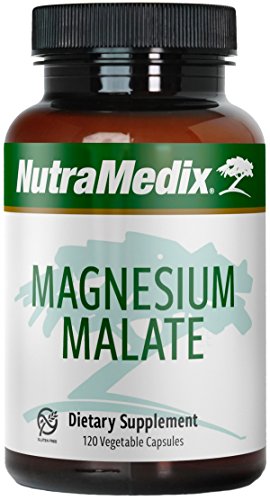 Now obviously, if we do happen to become deficient in any one of these vitamins or minerals, our health will begin to decline quite rapidly as a result.

And this is where the supplementation of key nutrients was first suggested to offer us the most benefit – via their ability to reduce the risk of nutrient deficiency.

Amazingly, there is actually recent evidence demonstrating that by supplementing with certain vitamins and minerals, we can also cause extra health benefits – and magnesium malate is a perfect example of this.

What is Magnesium Malate?

If we want to discuss health specifically, it is important to state that magnesium is actually the fourth most abundant mineral found within the human body. With this in mind, it is essential to all living cells, and plays a number of roles ensuring the success of their many physiological functions.

Within this, magnesium is required to produce energy throughout every single one of the body’s cells, it also used in the production of both our DNA and our RNA, and it is even used to build and repair enzymes, proteins, and tissue.

Hell, it plays an important role in almost every aspect of human function.

Which is why it is thought to act as a such a potent health boosting supplement.

Now magnesium malate is a patented supplement version of magnesium, in which it has been combined with malic acid. Malic acid is a naturally occurring substance that aids in the production of energy during exercises, in which it is also very easily absorbed into the human body.

As a result, the combination of magnesium with this compound makes it perfect to supplement, as it greatly enhances both its bioavailability and effectiveness.

What are the Benefits of Magnesium Malate?

If we take a second to consider the many roles that magnesium plays within the human body, it should come as no surprise that its supplementation has the ability to help almost everyone – even if they are not magnesium deficient.

Considering this, we wanted to take an objective look at the research to determine where magnesium supplementation offers us the most benefit.

Magnesium is integral to both proper muscle function and normal energy production at rest and during exercise. As a result, its supplementation has been shown to enhance exercise and sports performance in the acute sense.

This suggests that it may offer a good supplement for athletes to use before a game as a way to increase their performance capacity. It is also important to note that this effect is likely to be greater in individuals who are genuinely magnesium deficient.

A reduce magnesium intake has been shown to result in both lower measures of bone mineral density and an increased risk of osteoporosis.

As a result, it appears that supplementing with magnesium malate does offer an excellent method of increasing bone strength and bone health, while also reducing the risk of incurring bone breaks or fractures.

There is some interesting research demonstrating that the regular supplementation of magnesium malate can cause significant reductions in blood pressure, which also has a hugely positive effect on cardiovascular health in its entirety.

It is known that magnesium has antiarrhythmic effect and can influence blood pressure levels by modulating vascular tone. Changes in extracellular magnesium content are able to modify the production and release of nitric oxide (NO), resulting in the alteration of arterial smooth muscle tone by affecting calcium concentrations.

Interestingly, it has also been shown to enhance the effectiveness of more traditional blood pressure lowering medications.

Is Magnesium Malate Good for Diabetes?

Concerning insulin homeostasis, there is a hypothesis that there is increased secretion of insulin and adrenaline in hypomagnesemia in order to maintain magnesium and cellular cAMP (3′,5′-cyclic adenosine monophosphate) concentration. Extracellular magnesium can competitively inhibit calcium channels and determine reduced secretion of insulin. This inhibition does not occur when there is no magnesium in the extracellular space, resulting in higher insulin secretion.

Magnesium deficiency decreases insulin sensitivity and secretion. Moreover, magnesium deficiency is inherently related to the pathogenesis and development not only of diabetic microangiopathy but also of lifestyle-related diseases, such as hypertension and hyperlipidemia. Magnesium deficiency may be a link with both inflammation or vascular stiffness in certain populations

Fortunately, the supplementation of magnesium malate appears to have the capacity to both lower resting levels of blood sugar and reduce insulin resistance, thus have a positive and preventative effect on diabetes.

Is Magnesium Malate Good for the Brain?

While the research in this area is only in its early stages, it does show some positive signs. The supplementation of magnesium in rats has been shown to improve neural function and enhance learning.

This suggests that it may have some capacity to enhance brain health and function in humans – however we would like to see some more high quality human trails before this can be said with any certainty.

Is Magnesium Malate Good for Mental and Cognitive Health?

And finally, in conjunction with the above, magnesium malate supplementation has also been shown to reduce feelings of depression and anxiety, enhance mood, improve upon the signs and symptoms of chronic fatigue, and reduce the risk of age related declines in cognition.

It really does improve nearly all aspects of health.

Given that the supplementation of magnesium malate can have a such a large impact on health, we wanted to give you some great options that you can start to use immediately.

There is a very good reason as to why this magnesium malate supplement by Source Naturals is the most popular on the market. 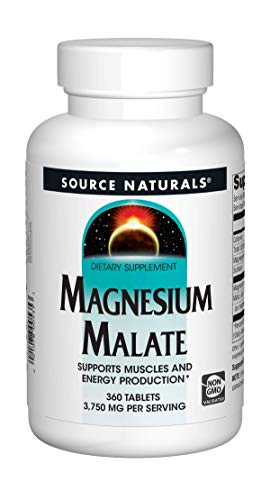 It is well-priced and provides a whopping dosage of 1250mg magnesium per serve, making it a seriously effective option.

This fantastic option by now has everything you want in a good quality magnesium malate supplement. 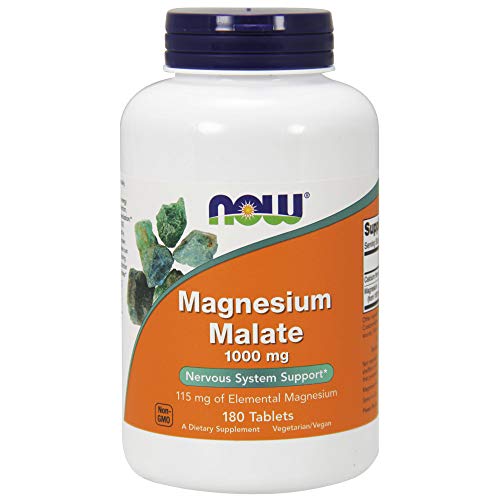 Providing a scientifically supported dosage of 1000mg per serve, and offered at a very affordable price point, you really can’t go wrong.

NutraMedix have built a very solid reputation on their ability to produce high quality effective supplements – of which their magnesium malate is a prime example. 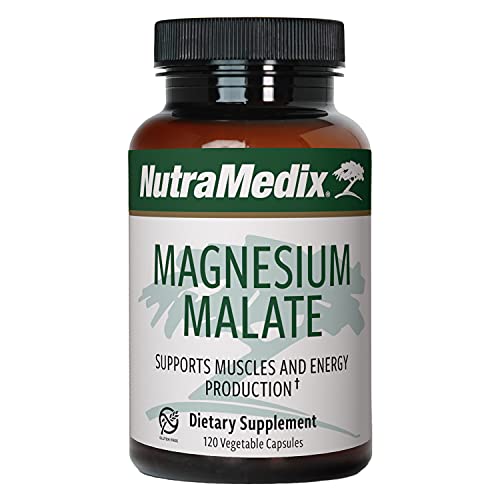 Using great quality ingredients, this completely vegetarian option is a great choice for anyone.

Magnesium is one of the most important minerals within the entire body – which explains why its supplementation can have such far reaching health benefits.

Magnesium malate offers one of the most effective means of supplementing with magnesium, which can lead to improvements in athletic performance and bone health, improvements in cardiovascular and metabolic health, enhancements in mood and mental health, and even heightened brain health.

Talk about bang for your buck!

As always, if you have had any experience using this amazing supplement then we would love to hear about it – so drop us a comment and we will get back to you ASAP.

Adrue Supplements: What You Need to Know

African Mango Supplements: What You Need to Know

Thanks Sabrina for the information. Question: Do you know if there are negative effects to drinking hydrogen water ( that has magnesium malate in it) for long periods of time?