▷ How to Choose the Best Magnolia Bark Supplement (2023 Update) 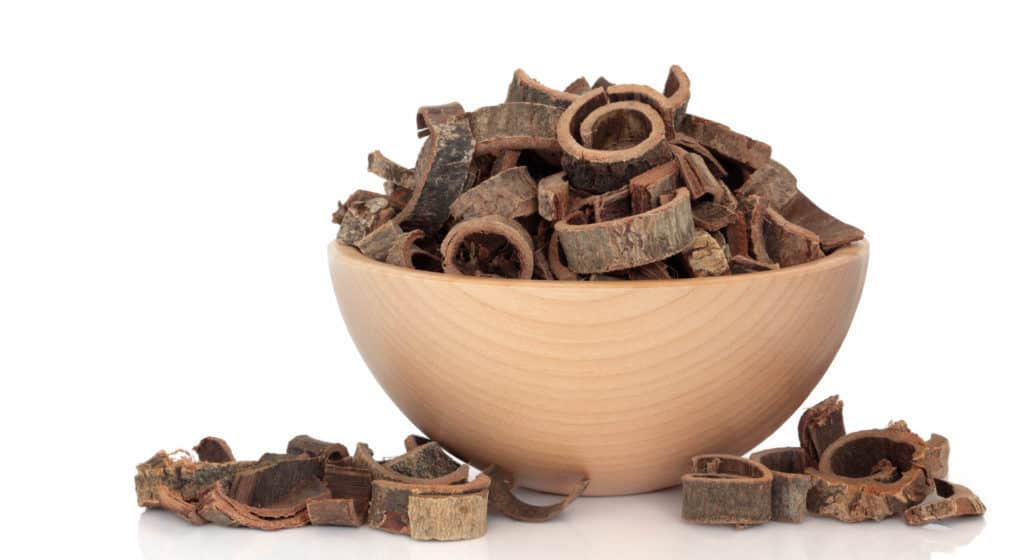 While the supplement industry is constantly evolving at a rapid rate, some of the best products are those that have stood the test of time.

Many of these natural compounds have been used with great success for the better part of the century, holding a key place in the traditional medicinal practices of numerous civilisations – in which they still provide us with an exceptional method of boosting health and function.

And one such supplement is magnolia bark. 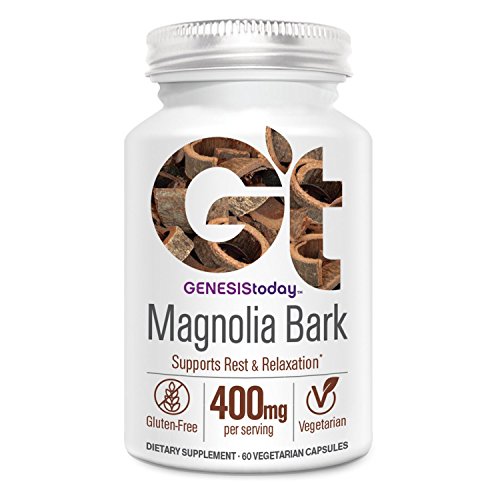 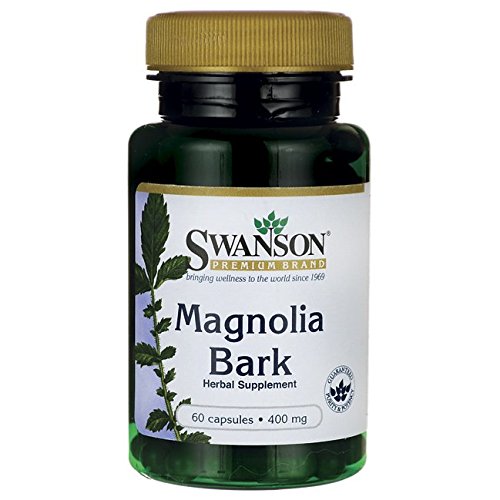 What is Magnolia Bark?

As its name suggests, magnolia bark is the bark of the magnolia tree (Magnolia officinalis). Also known as Houpu in traditional Chinese medicine, this amazing plant is found throughout Southeast Asia, and was traditionally used to treat gastrointestinal disorders, anxiety, depression, and a variety of allergic diseases.

During the summer months, the bark of the magnolia tree is harvested, dried, boiled, and set aside until it turns a unique purple colour. It is then softened through a process of steaming and rolling, where it is then used in both Chinese medicine and dietary supplements for its various health benefits.

Magnolia bark contains two key constituents – Magnolol and Honokiol – which are compounds known as lignans. These compounds have been shown to exhibit potent anti-inflammatory and antioxidative effects in the human body, and are through to be where magnolia bark derives its profound health benefits,

But does it truly work?

What are the Health Benefits of Taking Magnolia Bark?

There has been an abundance of recent research into this interesting compound, allowing us to determine where it is best used, and in what situations.

Does Magnolia Bark Help with Depression and Anxiety?

In animal studies, the two key components in magnolia bark (Honokiol and magnolol) have been shown to exhibit antidepressant and antianxiety effects by increasing the secretion of the key health hormones serotonin and noradrenaline​.

As low serotonin levels have been heavily linked to both depression and anxiety, this suggests that magnolia bark may offer us an excellent natural method of assisting in both of their treatment.

Systemic, whole body, inflammation occurs in response to a number of lifestyle factors, where it can also contribute to lowered immune system function and associated declines in general health.

Interestingly, the consumption of magnolia bark has been shown to reduce the secretion of pro-inflammatory cytokines (those key proteins that cause inflammation within the body). In doing so, it has been shown to cause significant reductions in inflammation at a cellular level, resulting in subsequent improvements in health and immune system function.

Does Magnolia Bark Help the Brain?

While this area of research is undeniably in its early stages, it has shown a heap of promise. Through the antioxidant action of the key bioactive compounds found within magnolia bark, its consumption has been shown to improve both memory and learning in animals.

In conjunction with this, it has also been shown to protect the brain from the harmful inflammation and oxidative damage that is known to contribute to the onset of both neurogenerative disorders and age-related declines in cognitive function – suggesting an ability to reduce the risk of their onset in older age.

In animal research, magnolia bark extract has been shown to lower levels of blood triglycerides, blood cholesterol, and blood sugar, while also causing subsequent increases in sensitivity to the hormone insulin.

Through these mechanisms, it appears that magnolia bark may act as a potential means to assist in the treatment of diabetes, while also offering a possible method of promoting weight loss.

Does Magnolia Bark Help with Menopause?

And finally, there is also recent evidence to suggest that the supplementation of magnolia bark can also reduce the signs and symptoms of menopause. In one study, 934 women experiencing menopause took a supplement derived from magnolia bark extract and saw significant improvements in insomnia, depression, anxiety, and libido – all of which are considered serious menopausal symptoms.

This suggest that magnolia bark may offer an excellent method of reducing the negative symptoms associated with menopause.

Given the potent health benefits that magnolia bark offers the body, we wanted to give you some great options that you can begin to implement immediately.

This magnolia bark supplement by Genesis Today is one of the most popular on the market at the moment. 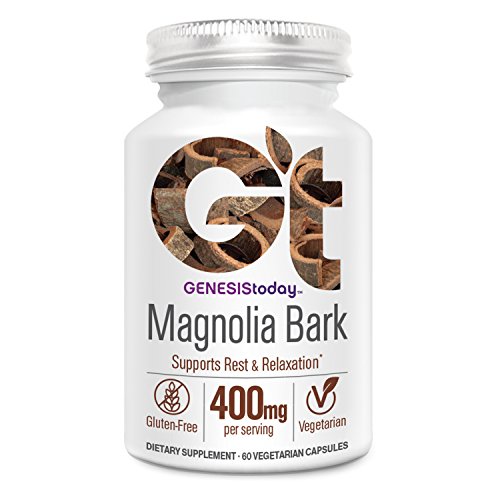 Providing a potent dosage of 400mg of pure magnolia bark extract per serve, it has everything you need to boost health quickly and effectively.

This option by BulkSupplements comes in powder form, making it incredibly easy to tailor your dosage to your individual needs and requirements. 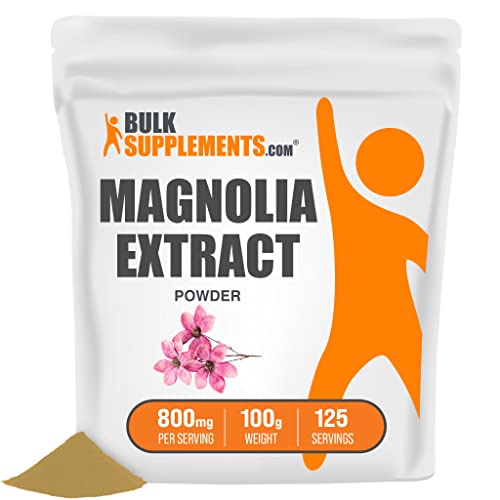 Moreover, due to its lack of production processes, this is also one of the cheapest options on the market, making it perfect for those on a budget.

Our final product comes from Swanson and is one of the most well received options on the market. 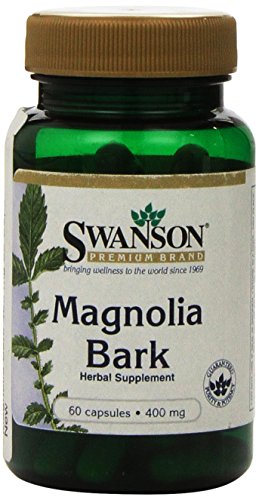 Providing a potent dosage of 400mg per serve, and coming in at a very affordable price point, this is a great choice for anyone looking for a convenient magnolia bark capsule that won’t break the bank.

Does Magnolia Bark Have Any Side effects?

For the most part, magnolia bark extract seems extremely well tolerated, however some side effects have been reported. These can include:

We should also note that magnolia bark should not be taken during pregnancy. There are reports that magnolia can cause the uterus to contract, which may lead to a miscarriage or early birth.

What is the Optimal Dosage of Magnolia Bark?

Although there is no recommended daily intake for magnolia bark, some dosages have been established based upon the current research. These are:

By sticking within these ranges (in accordance to your weight), you should receive all the positive effects of magnolia bark without experiencing any side effects.

Providing a method of boosting health, reducing inflammation, increasing cognitive function and staving off age related declines in brain health, treating depression, anxiety, and menopause, all while simultaneously fighting off diabetes, there isn’t much it cannot do.

As always, if you have had any experience using this amazing supplement then we would love to hear about it – so drop us am comment and we will get back to you ASAP.

African Wild Potato Supplements: What You Need to Know

Agaricus Mushroom Supplements: What You Need to Know