Food
Supplements
Written by Sabrina Wilson and updated on December 31, 2017 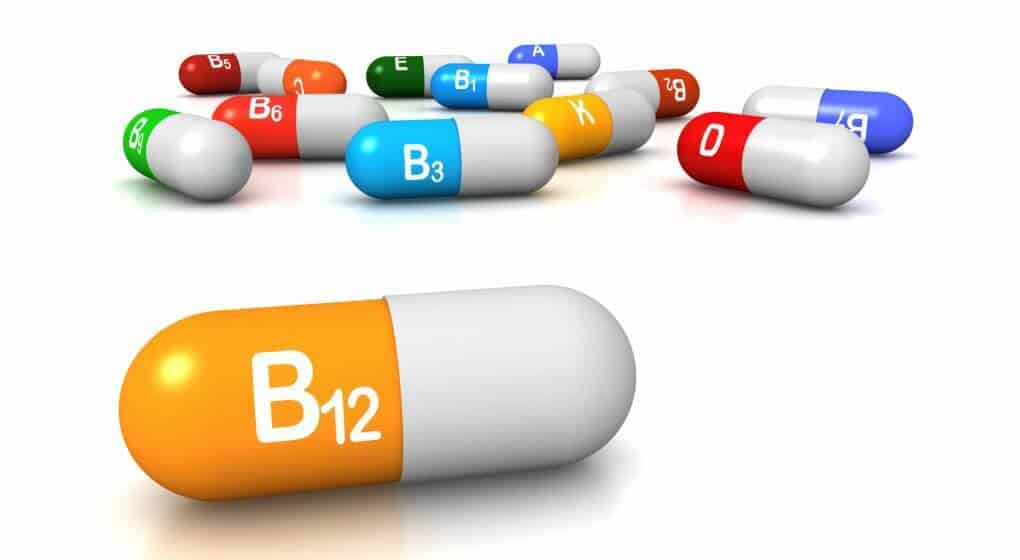 Vitamin B12 (also known as ‘cobalamin’ in some circles) is an essential vitamin that is found naturally occurring in animal foods such as red meat, fish, poultry, eggs, and dairy.

Quick Take: OUR RECOMMENDATIONS FOR B12 Supplement Most Effective
Purathrive Liposomal B12
Check on Amazon 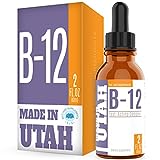 Interestingly, even despite its apparent appearance in many foods that we would consider common within a ‘normal’ diet, vitamin B12 deficiency is thought to be one of the leading nutrient deficiencies in the entire world – so much so that has been regarded as a major health concern here within the United States for the better part of a decade.

The deficiency of Vitamin B12 is viewed so important because of the many roles it is known to play within the human body.

In fact, Vitamin B12 is has been shown to play integral roles maintaining mood, energy levels, cognitive function, all while also demonstrating importance in regards to the maintenance of cardiovascular and metabolic health, skin and hair quality, and even digestive function.

Beyond that, Vitamin B12 has also been suggested to play an important role in the maintenance of optimal nervous system function, ensuring the body’s ability to transfer nerve signals around the body effectively and efficiently.

Why should I supplement with Vitamin B12?

Considering that Vitamin B12 plays so many roles within the human body, combined with the fact that many of us are deficient in Vitamin B12 (despite being completely unaware of it), its supplementation can have a host of benefits to both our physical and mental health.

Vitamin B12 Can Reduce Chronic Pain

One of the most interesting aspects of Vitamin B12 supplementation relates to its impact on perceived pain.

The supplementation of Vitamin B12 has been shown to acts as a mild analgesic, reducing painful sensations throughout the body. Recent research has shown that the daily consumption of Vitamin B12 can even reduce the signs and symptoms of chronic lower back pain – irrespective of whether a Vitamin B12 deficiency is present or not [1].

This suggests that Vitamin B12 supplementation may offer a good alternative to traditional pain medications, such as NSAIDs (non-steroidal anti-inflammatories)

Vitamin B12 has been shown to play an important role in maintaining the function of themany neurons throughout the body, ensuring their capacity to transfer nerve signals is optimal.

With this in mind, the supplementation of Vitamin B12 has been shown to improve our cognitive function in its entirety. Within this, it has been said to improve our ability to solve problems, increase attentiveness, while improving focus and mental clarity.

Building on this notion further, the consumption of Vitamin B12 has also been shown to prevent disorders such as Alzheimer’s disease, stave off age related declines in cognitive function, all while reducing the risk of developing dementia significantly [2].

Due to its impact on the body’s nervous system, Vitamin B12 has been suggested to interact heavily with our sleep cycles. With this in mind, the supplantation of vitamin B12 has been shown to improve our quality of sleep, while also having some benefits for sleep duration.

This is thought to be due to increased consumption of Vitamin B12 leading to an improved ability to regulate the body’s circadian rhythm [3].

Vitamin B12 Supplementation and Mood

And finally, in conjunction with the above, the supplementation of Vitamin B12 has also been suggested to impact our mood in a very big way.

These effects have been demonstrated clearly in individuals with clinical depression, where Vitamin B12 supplementation also resulted in a large reduction on depressive symptoms [4].

It is important to note that these effects are thought to be further improved within those individuals who do have a Vitamin B12 deficiency.

Each of these offers an excellent option on their own right, and are well deserving of a place on this list.

Quick Take: OUR RECOMMENDATIONS FOR B12 Supplement

Most Effective
Purathrive Liposomal B12
Check on Amazon

This great option by Purathrive is arguably the most effective on the market. It uses a specific type of Vitamin B12 known as Liposomal B12 to boost health and performance in a huge way. This specific compound has been shown to be more readily absorbed than other vitamin B12 supplements, meaning that it is more effective per gram. With this effectiveness comes some of the highest quality production processes within the supplement industry – the result of which is this great quality product that you can be assured is both safe and effective.

Nature Made Vitamin B12 500 mcg Tablets

Nature made have been a favorite of ours for a long time. They consistently put out high quality products at exceptionally affordable price points.

And fortunately, their Vitamin B12 supplement is no different.

Providing a potent dose of Vitamin B12, which is easily absorbed into the body, this is an excellent option. As an added bonus, it is one of the more affordable B12 supplements available on the market, meaning it wont burn too much of a hole in your pocket.

Salt lake supplements haven’t been about for quite as long as some of their competitors, but they have been making a bit of a splash within the health and fitness industry of late.

With this in mind, their Vitamin B12 supplement is an excellent option that is uses scientifically supported dosages to provide the body with a healthy boost of this essential mineral.

This option is unique in that it is provided in liquid form, meaning it is absorbed more rapidly into the body. This also makes it a fantastic option for those individuals who aren’t particularly keen in tablets and capsules.