▷ What Are the Benefits of Cissus Quadrangularis?

What Are the Benefits of Cissus Quadrangularis?

Food
Supplements
Written by Sabrina Wilson and updated on April 20, 2018 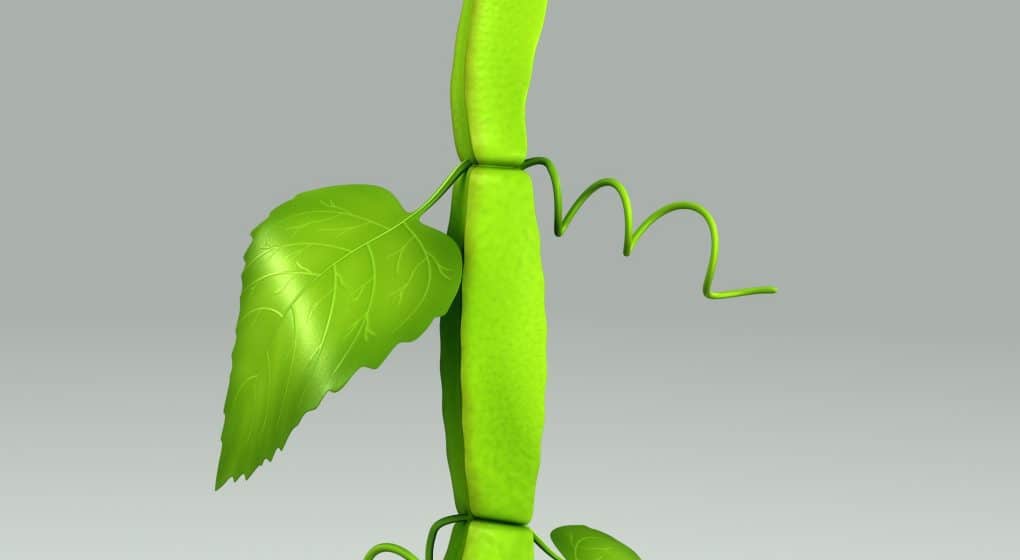 There is some evidence for the following benefits of Cissus Quadrangularis:

Read on to learn how to leverage and maximize these benefits of Cissus Quadrangularis.

There is an entire branch of the supplement industry dedicated to enhancing exercise performance, promote changes in body composition (by stimulating increases in muscle mass and accelerating weight loss), and improve bone and joint health. 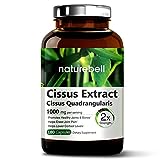 Unfortunately, the vast majority of these supplements either come with some rather negative side effects (often resulting in them becoming banned), or are not nearly as effective as they claim to be.  And it is for this reason that people get a little bit excited when they hear about a completely natural supplement that can boost health and performance in a big way – without inducing any side effects.

With this in mind, one such supplement that has seen a HUGE rise in popularity over the last few years is Cissus Quadrangularis.

What Is Cissus Quadrangularis?

The Cissus Quadrangularis (also known as the Vitis Quadrangularis in some areas of the world) is a small shrub that is easily recognised by its thick and stout quadrangualar shaped stem.

Loosely translated to ‘bone setter’ in Hindi, this interesting looking plant has been used for thousands of years in traditional Indian medicine where it was thought to assist in the healing of damaged bones. Interestingly, in conjunction with this this it was also suggested to help alleviate the negative side effects of menopause, increase libido, and even treat menstrual disorders – something that modern day research is yet to prove.

In current day, the supplementation of the Cissus Quadrangularis has been suggested to have a positive impact on health through a number of different mechanisms, improving muscle growth, enhancing weight loss, and even increasing bone health and treating osteoporosis.

How Does Cissus Quadrangularis Work?

Research has shown that the Cissus Quadrangularis contains high amounts of the two key essential nutrients absorbic acid and calcium – both of which are integral to the maintenance of normal health and function, while also exhibiting antioxidant properties within the body.

Interestingly, this same plant has also been shown to contain a number of organic steroidal substances that have been shown to exhibit a pharmacological effect on the human body.

With this in mind, it is actually thought to be these compounds that result in some of the most potent health benefits associated with the consumption of the Cissus Quadrangularis (which we provide in much more detail below).

How much should you take?

There is a little bit of conjecture around what the optimal dosage of Cissus Quadrangularis is. There is evidence to suggest that a dose of 600mg can exhibit a biological effect in humans, however some studies have shown that a dose of 3200mg per day can be safely tolerated and have positive effects on the body.

As a result, the optimal dose is not known at this time, but we can say with complete confidence that a dose anywhere between 600mg and 3000mg per day is very likely to be both safe and effective.

What are the health benefits of Cissus Quadrangularis?

As previously mentioned, Cissus Quadrangularis contains some extremely potent compounds that have been suggested to boost health and function in a rather big way.  As a result, we wanted to take an objective look at the research to determine where Cissus Quadrangularis offer the most benefit, and where it doesn’t.

With this in mind, there is some animal research to suggest that consuming Cissus Quadrangularis every day can delay bone loss [1], indicating that it may offer an excellent addition to more traditional osteoporosis treatments – although we would still like to see some more thorough human research in this area to say this with confidence.

Given its ability to increase the layering of connective tissue, it stands to reason that supplementing with Cissus Quadrangularis may also have the potential to improve the health and strength of tendons, ligaments, and cartilage – something that has been stated time and time again in more traditional medicinal practices.

However, despite these claims, there is currently no human research in this area. Subsequently, we cannot say with any confidence that the Cissus Quadrangularis can genuinely improve the health of tendons, ligaments, or cartilage, in any manner.

The Cissus Quadrangularis plant is arguably most well known for its suggested ability to accelerate bone healing (it was known as the ‘Bone Setter’, after all). With this in mind, the research in this area is actually quite promising.

In human studies, the daily supplementation of Cissus Quadrangularis has been shown to accelerate the rate at which bone heals, while also causing increases in function and substantial reductions in pain [2]. As a result it appears to offer a genuine means to enhance the healing of damaged bone.

Sciatica essentially describes the nerve pain caused be the physical irritation of the sciatic nerve. As the sciatic nerve originates from the low back, extends through the buttock area, and spreads down into the lower limb, irritation and pain can be present in any one of these areas.

Now we should note that there is research to suggest that the consumption of Cissus Quadrangularis can cause reductions in pain by acting as a mild analgesic within the human body [3]. As a result, it may offer a way to reduce some of the pain associated with sciatica, but it is highly unlikely to treat the source of the issue.

One of the more unique applications around this interesting supplement is its suggested impact on weight loss. While the exact mechanisms are unclear, it has been hypothesised that some of the key compounds found within the Cissus Quadrangularis can reduce hunger and increase the breakdown and metabolism of fat tissue.

As a result, its supplementation has been shown to cause weight loss in overweight and obese individuals irrespective of a change in diet [4]. This suggest that Cissus Quadrangularis supplements may offer an excellent addition to diet and exercise in those individuals looking to improve weight loss.

Arthritis is a disease typified by swelling and inflammation within joints that can lead to pain, a loss of movement, excessive joint stiffness, and extreme discomfort.

Interestingly, many of the bioactive compounds within the Cissus Quadrangularis have been shown to exhibit anti-inflammatory effects within the human body, leading to the suggestion that it may also offer a means to treat arthritis.

With this in mind, there has been research performed in rats that supports this claim, demonstrating that its consumption can cause large improvement in arthritic joint swelling [5] – although further research in humans is needed to confirm its effectiveness.

Given its potent ability to reduce pain, combined with its apparent anti-inflammatory properties, Cissus Quadrangularis has been thought to offer an excellent way to treat joint pain and discomfort – in which there is human research to support this.

A recent study demonstrated that the daily supplementation of 3,200 mg of Cissus Quadrangularis over 8 weeks can cause large reductions in exercise induced joint pain, while also improving the function of that joint [6].

This suggests that the Cissus Quadrangularis may offer an excellent way to treat joint pain and improve joint health in adults.

Tennis elbow is a musculoskeletal condition where the outer part of the elbow becomes sore and tender. This is though to be due to the muscles and tendons found within the forearm becoming damaged from overuse through repetitive movements (such as tennis…).

Given that the supplementation of Cissus Quadrangularis has been shown to improve joint pain, it may have the potential to help reduce some of the pain associated with tennis elbow – although there is little evidence to suggest that it will act as an effective treatment.

Due to the organic steroidal compounds found within Cissus Quadrangularis, its consumption has been suggested to increase testosterone production, in which it would act as a potent anabolic compound. Despite this, there is currently no research in this area.

In a similar fashion to the above point, while compounds found within the plant may exhibit anabolic properties and therefore promote muscle growth – there is no research to suggest that this is the case.

Is Cissus Quadrangularis good for animals?

Given the vast body of animal research performed in this area [1, 3 ,5], it appears highly likely that the Cissus Quadrangularis can be used to treat joint pain and arthritis in animals, while also promoting bone healing and staving off osteoporosis.

Given the apparent effectiveness of Cissus Quadrangularis in many different areas of health, we wanted to give you some options that you can start using straight away. These three supplements are what we believe to be the best on the market at the moment, each offering us with an excellent option in their own right.