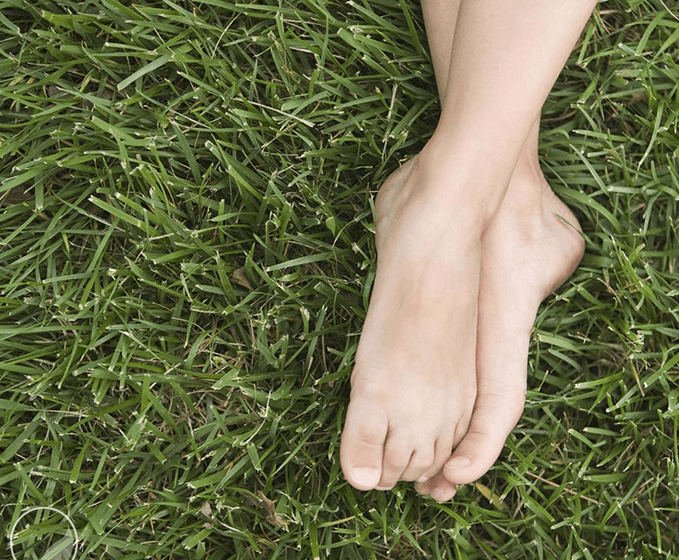 Earthing is the practice of placing your bare skin in contact with the earth – like walking on the ground. It is also called “grounding” as you are releasing free, charged electrons into the solid earth.

We use the practice of grounding when plugging in electrical appliances. The grounding plug has a third prong which connects to a wire that is grounded to the earth. This allows for any excessive energy or spikes in electricity to be harmlessly discharged into the earth. When appliances are not grounded, they can collect the charged energy and break down or even explode.

The same is true to some extent with humans. You are obviously not likely to explode but built up energy within our bodies that is not discharged can cause physiological damage.

A lot of focus has been placed on preventing or treating damage caused by “free radicals.” Free radicals are positively-charged particles that are built up in our body. Everyone has free radicals in their body, causing damage on a minute-to-minute basis. They contribute to aging, inflammation, disease, organ damage, possibly even to cancer. Many attempts have been made to find a cure or to reverse damage caused by free radicals – mostly by the use of herbal and nutritional supplements.

Before modern times, we did not need to address free radical damage – or “oxidative stress” which occurs when free radicals interact with body cells and tissues. One reason is that before the widespread use of rubber and plastic for our shoes, clothing and household flooring – we were in constant contact with the earth. We walked barefoot, slept on the ground – and bathed in a naturally occurring body of water. This allowed us to discharge excess energy any time we touched the earth.

Why is this a problem today?

Today we work around electric appliances and electronic gadgets – often spending an entire workday literally attached to a computer, tablet, bluetooth gadget, or wireless phone. Then we wear vinyl or rubberized shoes, walk on carpet or composite flooring and wear synthetic materials which all function as insulators – keeping the positively charged energy within our body. 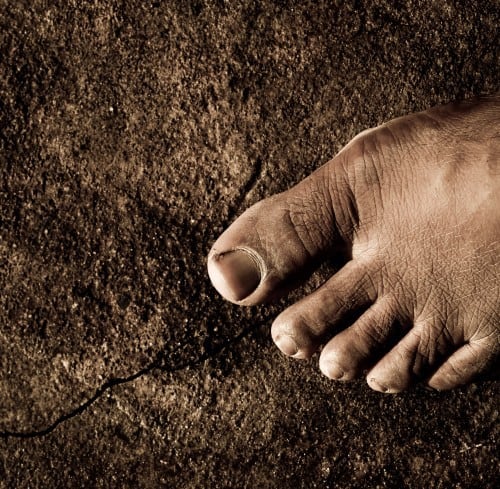 How long has it been since you slept on the ground or even walked across the lawn barefoot. The answer is most likely “I don’t know.” All of this time, your body has been hosting a tremendous amount of excess energy storage leading to free radicals which scavenge electrons from your body’s cells. This causes “aging” which is a natural occurrence but it also causes inflammation, disease, pain and can even contribute to cancer.

Grounding or earthing can be done by walking on the Earth barefoot – but you can also do it in your house. How you ask? Earthing mats are the answer. An earthing or grounding mat is a sheet that is constructed with conductive fibers that allow the transfer of energy. A cord is connected to an electrical outlet to “ground” the sheet or mat. As you stand, sit, sleep or even touch it – your positively charged energy is drained into the mat which then drains out through the grounded outlet. This is exactly the same as your appliances transferring excess energy into the grounded outlet to prevent damage.

A number of health benefits have been reported by grounding proponents such as:

Grounding through the use of earthing mats or sheets allows for a slow draining of excessive electrical charge. If done on a regular basis it can decrease the inflammatory processes so that the body can begin to repair itself. Standing, touching or even sleeping on an earthing mat can improve sleep in the same way that walking barefoot on the beach can be relaxing and quiet the mind – grounding will.

Earthing mats are available in under-desk and desktop forms – as well as some that are designed to be slept upon. Like many alternative healing and preventative treatments, there isn’t a lot of “recognized” scientific proof. This is not because it doesn’t work – but because no research institution wants to ask. If the answer were “officially” positive – how would the drug companies justify spending billions on prescription medications to treat arthritis, anxiety, insomnia, mood disorders and chronic pain.

Even though traditional medicine does not recognize earthing as an official treatment, users of grounding mats swear by the practice.