Gardening for Profit: Most Profitable Small Farm You’ve Ever Seen Pulls in $100k an Acre

Gardening
Remedies
Written by Joseph Biggs and updated on June 1, 2018 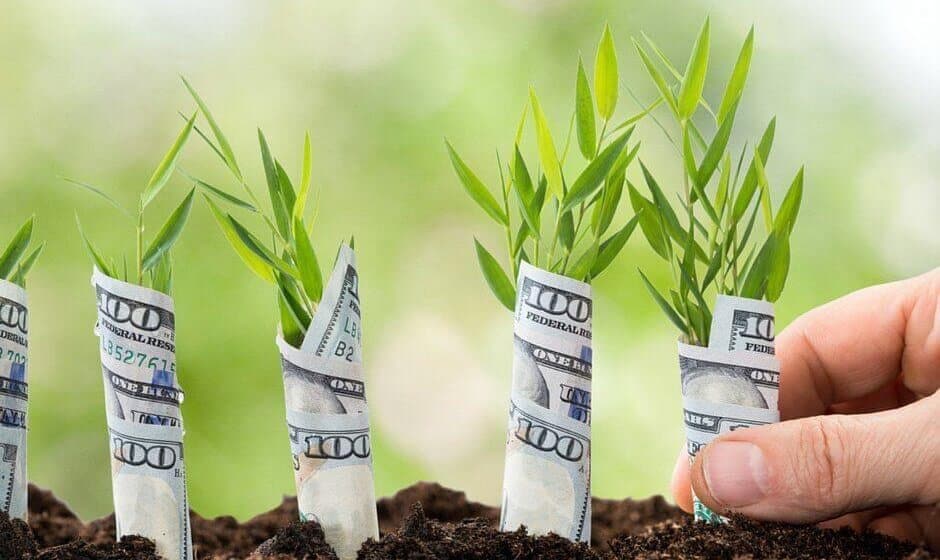 Quick Navigation
Tilling the Soil
Feeding the Soil
Better Farming Practices
The Dirty Secret of Organic Farming
Massive Water Savings
Farming Can Be Prosperous
What Can I Do if I’m Not a Farmer?
What Else Can You Do?

Paul and Elizabeth Kaiser run a successful gardening for profit small farm called Singing Frogs Farm in Sebastopol, CA. Their methods are unconventional but they are economical, environmentally friendly, miserly in water usage, and massively productive. By breaking all the rules of farming, they squeeze $100,000 per year in revenue from a single acre of land. To put that into context, the average farmer in the state of California makes $11,000-$12,000 per acre, per year. They are now performing 8-9 times better than your average farmer in The Golden State. You don’t normally think of vegetable farming for profit as a venture any modern entrepreneur would undertake, but the Kaisers are doing it.

They started out farming in the way that most new farmers do these days. They used conventional methods involving tilling the soil with discs and plows for only one type of crop, yielding low productivity per acre after long days of back-breaking labor. To add insult to injury, their soil was getting poorer over time, making their situation ever more dire.

They were able to completely turn the situation around by getting back to basics. The first step was to change one of the fundamental practices of modern farming...tilling the soil.

Tilling the soil is a long-standing tradition in farming. Going back to very olden days, you can see pictures of animals helping our ancestors prepare the fields. Why did they use animals? Because it’s hard work.

But forget the work for a second, does nature do any tilling? Plants were growing on this planet for millions of years before humans ever learned to use their opposable thumbs and no tilling was ever necessary. As it turns out, there are very good reasons for that. First of all, when you till the soil the top layer becomes loose; that’s the whole point. However, that only happens to the depth of the tiller. The soil below is never touched and becomes a hardpan—compacted and unusable to the root system of plants.

The second problem is that soil traps carbon, and modern farming has already released two-thirds of all planetary soil carbon. Soil carbon is a key component that allows plants to thrive.

Before humans began any agricultural practices, the level of organic matter in the soil stood between 6%-10%. With the advent of farming that level has been plummeting, from 2% to 1% to 0.5% to 0.25%. This demonstrates how we’ve been essentially strip-mining our soil for the past few centuries. However, the organic matter can be re-introduced to the soil.

Nature had a plan for this all along...it’s called photosynthesis. Plants feed the soil with 30%-40% of the carbon they take up through photosynthesis.

So you can simply allow plants to do what they should do, and then NOT remove that carbon through tillage.

First of all, disturb the soil as little as possible. Allow the soil to restore nitrogen and increase the density of nutrients by not turning it. This requires labor-based soil management, crop rotation, and keeping plants in the ground as often as possible.

A typical broccoli harvest would cut the fully developed crop, turn the remaining stem and roots under through tillage, wait 7-11 weeks for the old crop to decompose, and then re-plant. With the new method, you cut the broccoli at the surface or slightly below, then put down a fresh layer of compost and replant a different crop that same day. This keeps the soil fed, doesn’t allow weeds to grow as they can’t get ahead of the crops, and reduces the time between crops to nothing. This means you can harvest 4-7 crops per year from the same exact plot of land.

All this sounds great, but if it really is, then why aren't all organic farms doing it?​

The Dirty Secret of Organic Farming

Most organic farms use at least one pesticide. Singing Frogs Farm uses NO off-farm resources. This doesn’t just mean no pesticides. It means a whole different way of thinking about the farm—as one part of a larger ecosystem that must remain protected.

Singing Frogs Farm learned the exact methods that allowed them to rake in $100,000 per acre per year while using less water and improving the environment. They planted hedgerows around the property to encourage wildlife—bees, birds, snakes, and other animals large and small take up residence at the farm.

Keeping a farm in tune with nature like this is more difficult than simply being organic, which is already challenging. For example, a certified bee-friendly farm has to have no herbicides, no pesticides, and no tillage because bees nest in the ground. But these methods pay off in increased farm productivity over time.

Water is a precious resource (especially in California) and farms consume a LOT of it. Another of the many benefits of this type of farming is that it consumes far less water than traditional farming. All of these changes lead to a situation where farming actually can be a profitable operation even on a small scale.

Farming Can Be Prosperous

Is farming profitable? Usually not, unless you have massive scale. But Singing Frogs Farm produces more than a 20-acre farm, using only one acre of space. And you don’t have to be in California to take advantage, this can be done in other climates.

A farmer in Quebec grossed $150,000 from 1.5 acres of farm and another in Maine makes $100,000 per year per acre. In addition to continuously feeding the soil, this type of farming is better for the local economy as it produces year-round rather than seasonal employment on the farm. Growing organic vegetables for profit is a profession we need more people to take up as the population expands.

What Can I Do if I’m Not a Farmer? If you’re not a farmer, you can still help advance this type of farming. We as a nation need more farms like this. The owners of Singing Frogs Farm aren’t thinking about how they can scale up their operation, but rather how they can get the word out to other farmers.

What we really need are small but intensely productive 2-3 acre farms near large cities that can create high-quality organic produce for local populations.

What Else Can You Do?

Singing Frog Farms is showing everyone the way in terms of changing farming so that it works in our modern world, both as a source of nourishment and income. If everyone pitches in and more people follow their example, we can make our way towards a better system of food production. 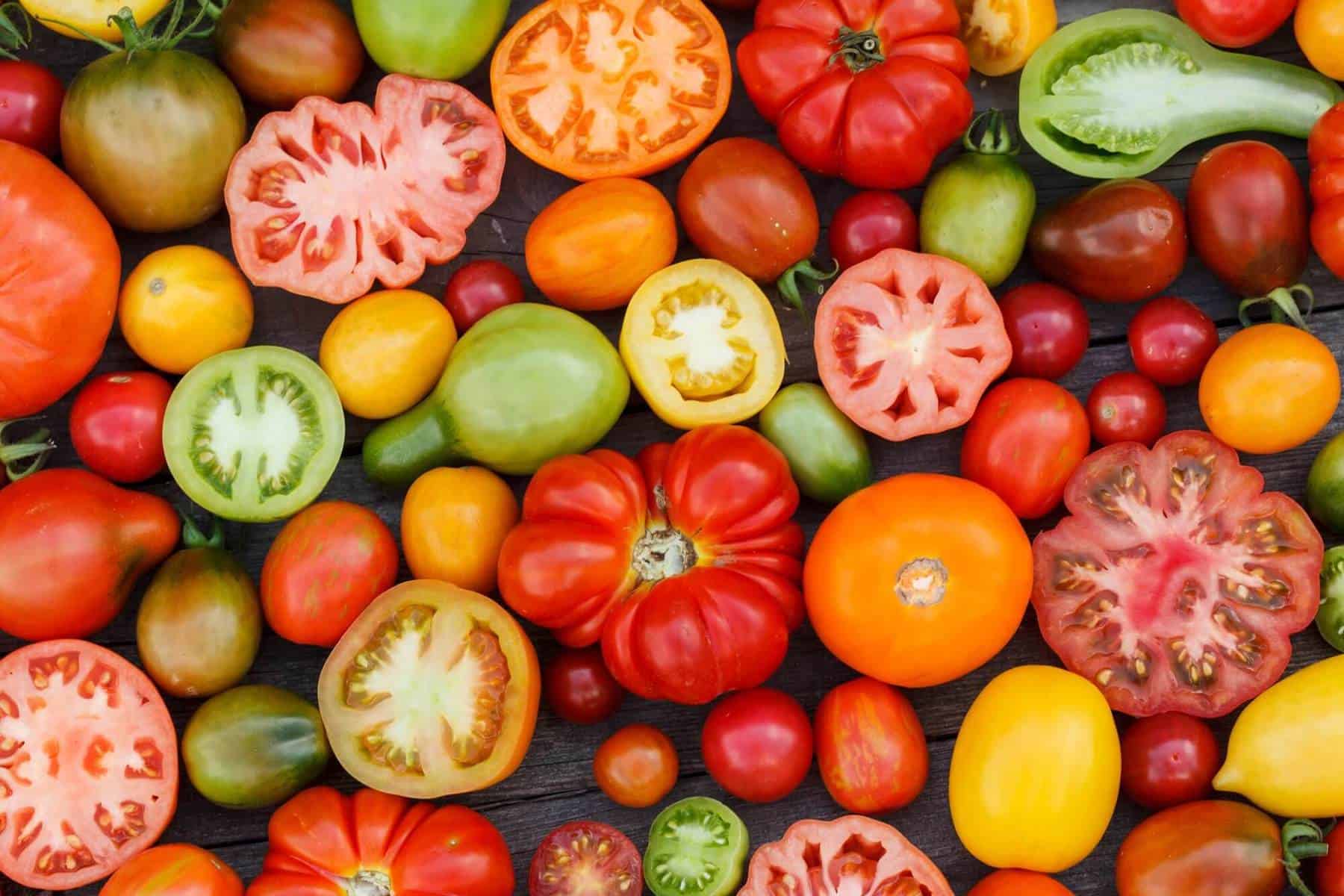 For a lot more great gardening tips, see our guide on 31 Ways to Make You an Organic Gardening Guru.