The Health Benefits of Chamomile Tea 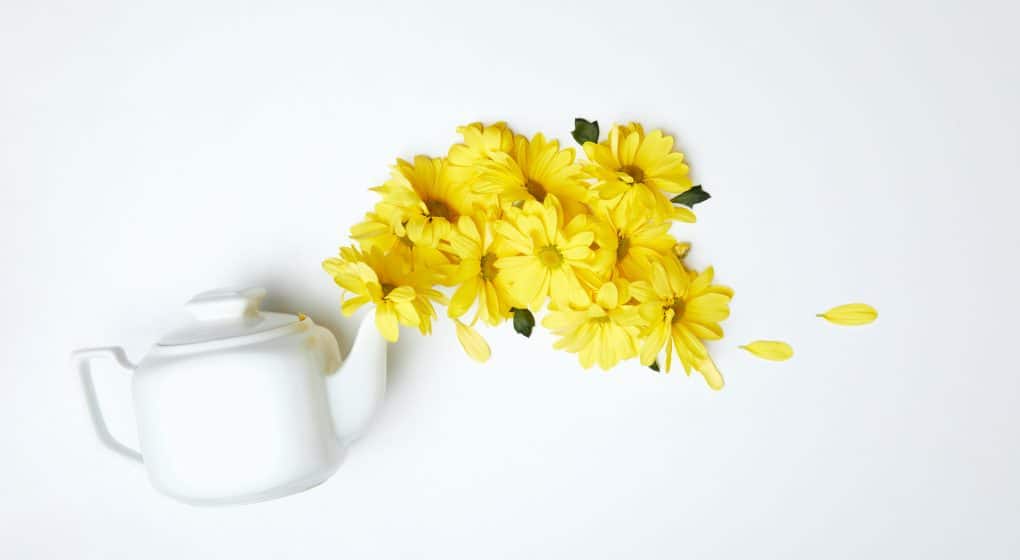 Chamomile tea has become a go-to warm beverage for health and fitness freaks alike. In fact, the numerous benefits of camomile tea have led it to slowly becoming the top preference among regular tea drinkers everywhere. Today, we’ll be examining these health benefits in detail so that you know what you’re drinking instead of just enjoying the incredible taste and aroma.

While chamomile tea may not be a weight loss solution on its own, it works great as a supplement to your overall diet and workout regimen. You get to enjoy a sweet-tasting beverage without having to worry about gaining any weight, as according to the USDA, one cup of chamomile tea contains a measly 2 calories and half a gram of carbohydrates.

Furthermore, chamomile tea is packed with a range of anti-oxidants including potassium, fluoride, folate, magnesium, and Vitamin A. These antioxidants help in boosting the body’s metabolism, which aids in weight loss and keeps your digestive system in check and at optimum levels.

The above-mentioned antioxidants, along with additional anti-inflammatory properties, have caused some people to use chamomile tea as a topical “ointment” in order to improve their skin condition. While not medically endorsed or approved, many even use chamomile tea leaves to make a paste with hot water, to apply on the skin to reduce blemishes, wrinkles, eczema, and acne.

Regular tea drinkers face a lot of problems during pregnancy because of the caffeine found in tea. However, chamomile tea has significantly reduced amounts of caffeine when compared to other types of tea. Many women switch to chamomile tea during pregnancy, curbing their craving and enjoying its numerous health benefits.

However, due to limited research on the subject, it is recommended that you not exceed more than one cup a day, as it could lead to other issues. It would be best to exercise caution by consulting with your doctor or midwife, especially during such a sensitive stage of life.

While we have touched on the health benefits in this post, we feel it necessary to discuss some potential side effects as well, even if they are rare, if ever. Consuming large quantities could lead to sedation and overall lethargy. Moreover, it has been recommended by medical professionals to avoid drinking chamomile tea at least two weeks before any scheduled surgery as it could potentially interact with anesthesia. Finally, in rare cases, using chamomile tea as a topical ointment has resulted in rashes and allergic skin reactions.

We hope you’ve found this blog post to be fun, informative, and educational. For more information on chamomile tea, head on over to tea-and-coffee.com

 Nursing Leadership: The Qualities And Behaviors That Point To Success