▷ Curb the Bad Carbs: A Guide to the Healthiest Pastas

Curb the Bad Carbs: A Guide to the Healthiest Pastas 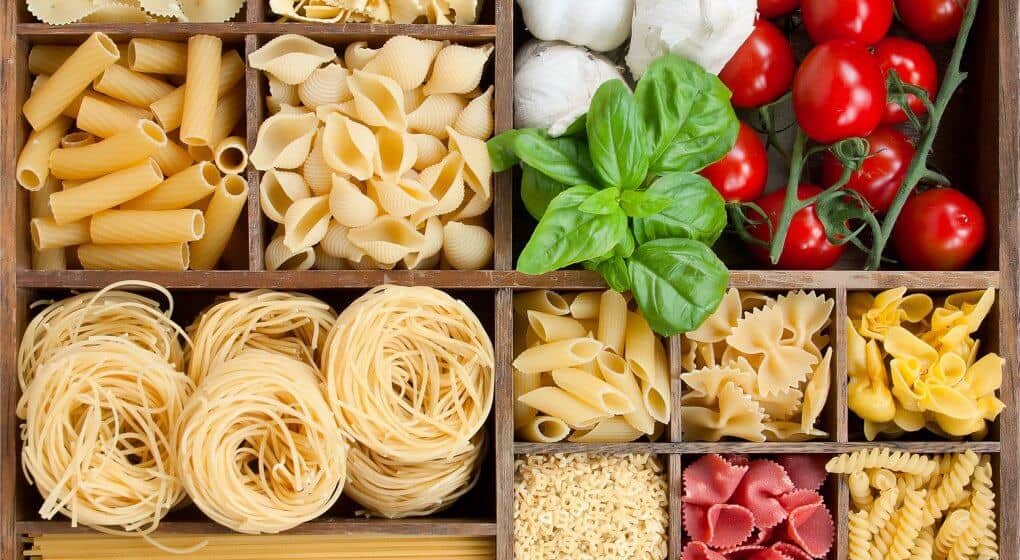 There has been a growing body of evidence demonstrating extremely strong associations between the consumption of refined carbohydrates and an increased risk of cardiovascular disease [1], an increased likelihood of developing metabolic disease (such as diabetes and obesity) [2], as well as large reductions in physical and cognitive function [3].

So, with all this information, you might be thinking that pasta (being one of the most commonly consumed forms of refined carbohydrates) should no longer hold a place in your diet?

And you would be right – well, to a certain degree.

You see, wheat based pasta (AKA the pasta you grew up eating…) is definitely not a great dietary option. It is not only a strong source of refined carbohydrates, but it also contains large amounts of gluten – and as such can cause a certain amount of gastrointestinal discomfort in those susceptible individuals [4].

But his doesn’t mean that we need to completely exclude all pastas from our diet.

Because (fortunately for us) there is a number of healthier pasta options available that are much not only much better for our health, but many of which also don’t contain gluten. This makes them great alternatives for those who are health conscious AND gluten intolerant.

Fortunately for us, many healthy pasta alternatives are excellent quality, most of which taste exactly like the real thing. With this in mind, the following pasts are excellent alternatives that not only taste fantastic, but are also much better for our health in the long run.

Commonly known as 'Garbanzo Beans', chickpeas are a type of legume that have been cultivated in Mediterranean countries for centuries.  While the production of pasta from chickpeas is somewhat uncommon, there has been a recent entry into the market (Banza Chickpea Pasta, for those who are interested) that has made it an excellent alternative to traditional wheat based pastas.

Containing a huge portion of protein in conjunction with an abundance of fiber, chickpea pasta provides the body with the essential nutrients too maintain cellular repair, while also promoting the healthy function of the digestive system.

As an added bonus, chickpea pasta is completely gluten free, yet doesn’t sacrifice texture or flavor. And as it doesn’t come from a grain source, it is a great option for those following the paleo or whole 30 diet.

Quinoa is a type of seed that has become an increasingly common inclusion to the diet of the health conscious. Offering a gluten free alternative to traditional grains, quinoa is full of protein and perfect for those who are gluten intolerant.

And it is for this reason there has been such a large investment in the production of pasta from quinoa.

Quinoa Pasta is completely gluten free, offers a moderate serve of protein, and provides us with a good portion of fiber. - all of which make it a much healthier option that whet based pastas. Although it is important to note that as quinoa is considered a pseudo-grain by many in the health industry, it may not be the best option for those following grain exclusion diets (such as paleo or whole30).

Spelt is often considered one of the world's most ancient grains. Native to certain parts of Europe, spelt has garnered quite a bit of attention within the health industry as an excellent whole grain alternative to rice.

With this in mind, pasta made from spelt contains an abundance of essential vitamins and minerals, a good serve of fiber, and a moderate portion of protein. With this, spelt pasts are also digested and absorbed into the bloodstream much more slowly than traditional pasts, making it a great option for those with high blood sugar.

I should also note that spelt pasta is technically a grain, and does also contain gluten.  As such it not a good fit for those who follow grain exclusion diets, or for those who are sensitive to gluten.

Brown rice pasta is a fantastic choice for those after an alternative to white pasta that is made completely from a whole grain source. While its nutritional content is extremely similar to that of traditional wheat based pasta, it does have one primary benefit: it is completely gluten free.

Taking this into consideration, this makes it absolutely perfect for those who are unable to tolerate gluten in their diet, but still want a pasta that contains a good serve of healthy carbohydrates.

It is also worth mentioning that brown rice pasta actually registers slightly lower in GI than wheat based pastas. As such it provides the body with sustained energy, while also producing a lower rise on blood sugar.

Commonly known as 'Soba Noodles', buckwheat pasta is a healthy alternative that is made entirely from buckwheat (as the name probably suggests).

Despite its slightly deceiving name, Buckwheat is actually a type of grain that is rich in essential amino acids, contains an abundance of vitamins and minerals, and also provides the body with a good serve of antioxidants. This makes buckwheat pasta an extremely healthy option that may actually have the capacity to reduce your risk of cardiovascular disease.

As an added bonus, buckwheat pasta is gluten free and contains about half the number of calories as traditional white pasta. It is important to note that as buckwheat is technically a grain, it may not be suitable for those following grain exclusion diets.

While traditional pastas do provide us with an abundance of the same refined carbohydrates that have been shown to have a number of negative health implications, it doesn’t mean we have to stop eating all type of pasta.

The pastas outlined in this article make excellent alternatives to wheat based pastas. Many are gluten free, contain less energy per serve, are rich protein and fiber, while also providing the body with an abundance of essential vitamins and minerals.

With this in mind, if you have had any experience with the pastas outlined in this article (or any that didn’t make it on this list!) we would love to hear about it.

2. Gross, Lee S., et al. "Increased consumption of refined carbohydrates and the epidemic of type 2 diabetes in the United States: an ecologic assessment." The American journal of clinical nutrition 79.5 (2004): 774-779. From: http://ajcn.nutrition.org/content/79/5/774.short