How to Choose a Curcumin Supplement (2021 Update)

How to Choose a Curcumin Supplement 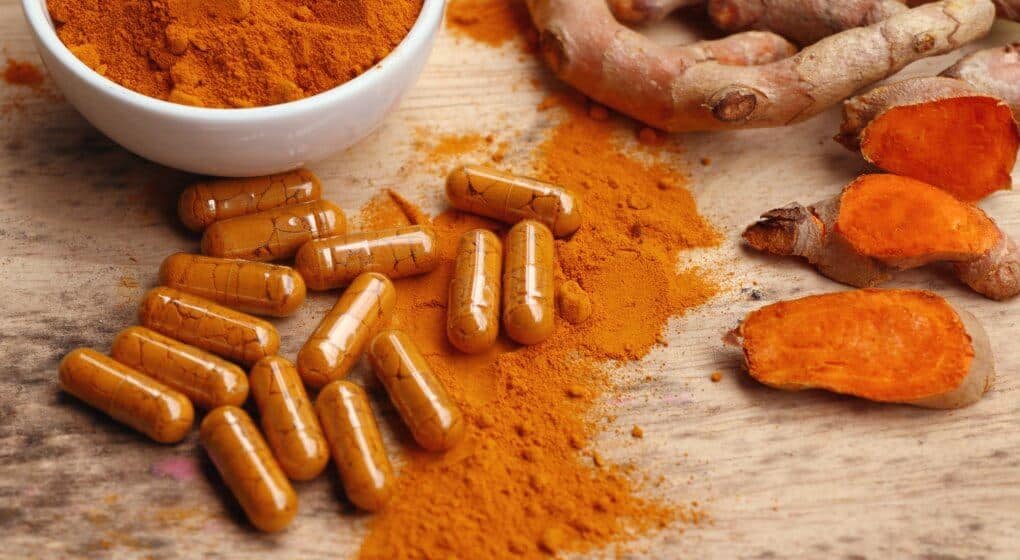 There are plenty of credible studies that have named curcumin as one of the best supplements out there. The dietary supplement has numerous benefits to the human body and brain. There are hundreds of brands out there with proprietary mixes that promise to be the most bio-available supplement for you, but how do you know which one to choose?

More importantly, you should always know what the experts say about the supplement you are using. Is it safe? Does it do what it says on the label? What side effects are tied to usage of the supplement?

All these questions will help you choose the right supplement. In this post, we'll focus on curcumin supplements and find out all we can from expert opinions on the supplement.

Most people use the words turmeric and curcumin interchangeably that is understandable. Turmeric is the powdered root of the Curcuma Longa plant and curcumin is an extract of turmeric. Turmeric will be seen a lot in curries and stews as a spice that gives color, however; it also contains the potent curcumin, which when extracted can offer a lot of benefits to the user.

Why should you use curcumin supplements?

Turmeric is a spice that is easily available and very popular in India and other Asian countries. India is the single largest consumer of the spice. While using it in food is great and you get all the benefits from curcumin, the dose of curcumin you can reasonably consume in a day is small if you use whole turmeric rather than an extract. The total amount of curcumin available in turmeric is about 2%-6%.

That's not nearly enough for some health uses and thus you will need to buy curcumin as a concentrated supplement to get the right dosage. Besides, using a supplement is much easier than having to come up with different ways of adding turmeric into your diet while keeping food tasty and diverse. Turmeric tastes good but too much of anything will make you hate it. The tough part about getting the supplement though, is knowing which one to pick among the many choices out there.

This supplement is a blend of 3 curcuminoids manufactured by Sabinsa Corp. and Sami Chemicals and Extract. The proprietary mix is made to be "bioprotectant." That means it has antioxidant properties that can eliminate oxidative stress and also prevent conditions that cause oxidative stress. The three curcuminoids in the supplement are blended to include 75%-81% curcumin, 15%-19% demethoxycurcumin, and 2.2%-6.5% bisdemethorxycurcumin.

The combination is balanced so that it is fit for intervention and prevention which makes the curcimnoids bioprotectant.

The complex has no other additives therefore you can guess that it does not score well on bio-availability. It is a mixture made only from curcuminoids so the absorption levels will be low.

The manufacturer's recommended dosage is a good starting point when it comes to these supplements. The typical dosage for C3 Complex is 500mg-1,000mg per day.

What benefits does C3 Complex offer?

The supplement has been studied extensively and has shown good results for diseases such as Alzheimer's disease, psoriasis and cancer.

This supplement is prepared by Indena S.p.A, an Italian company known to identify phytochemicals that can be utilized in health and wellness products. Meriva is a formulation of curcumin. It is made up curcumin and lecithin in the ratio of 1:2. Lecithin is a substance which can be extracted from soy and eggs and is fatty in nature.

The most important component of lecithin is phosphatidylcholine and is used in Meriva which is considered a lecithinated formulation of curcumin. The fatty substance is used in Meriva due to its amphiphatic nature. This means that some groups are attracted to lipid molecules and others which are attracted to water molecules thus this makes the formulation miscible in both environments. 500 mg of the product contains 200 mg soy lecithin, 100 mg curcumin and 200 mg microcrystalline cellulose. Owing to its makeup, Meriva was found to be 29 times more bioavailable than curcumin (C95) which is the standard supplement. It was also absorbed twice as fast as standard curcumin with a concentration level 50-60 times stronger than that of standard curcumin.

What does Meriva do?

The supplement was used in human trials and showed good results for conditions such as osteoarthritis, pain relief, relief for side effects of cancer treatment, psoriasis, chronic anterior uveitis and sarcopenia.

This novel formulation is highly bioavailable and is formulated by Theravalues Corporation based in Japan. The formulation is a nano particle colloidal dispersion. It consists of extremely tiny particles which are combined with gum forming a microscopic dispersible agent. The primary ingredient, curcumin, is extracted from turmeric and mixed with gum ghatti solution as well as water and glycerine.

Theracurmin contains 10% w/w curcumin, 46% glycerine, 2% of additional curcumins, 38% water, and 4% gum ghatti. For each capsule of Theracurmin you get 30 mg curcumin. The mixture was investigated for bioavailability and was found to offer 27 times more absorption levels than standard curcumin.

The recommended dosage for Theracurmin is 150mg-400mg which varies according to which study you are referring to. The manufacturer's dosage however, recommends a minimum of 150 mg or 250 mg for people who are just starting to use the supplement.

What does Theracurmin do?

There have been studies which have tested Theracurmin on human subjects and observed the positive effects of the supplement on conditions such as heart failure, alcohol metabolism, skin anti-aging, delayed onset muscle soreness, cancer, atherosclerosis, and heart health after menopause.

Longvida is the proprietary formulation of Verdure Science, USA in collaboration with researchers from UCLA. The official website for Longvida explains everything about how the supplement was prepared and what tests were run to find out which natural agent is the best when it comes to healthy brain aging which lead researchers to go with curcumin.

As is the case with many formulations of the supplement, curcumin had issues with bio-availability which prompted the scientists at UCLA to come up with Solid Lipid Curcumin Particle Technology (SLCP technology). The formulation is that of curcumin which is packed into a lipophilic matrix which attracts fat molecules. The formulation protects curcumin from the gastric environment which is acidic and harsh. This allows for a free form of curcumin to be delivered to the blood stream. The preparation lacks any volatile oils or harsh solvents. In a study to investigate the bioavailability of Longvida in Osteosarcoma patients showed that the supplement was 65 times more bioavailable than other form of undeveloped curcumin varieties.

400 mg of Longvida is suitable for daily use or you could just follow the manufacturer's instructions for usage. In research studies, scientists have used dosages as high as 2,000 mg.

What does Longvida do?

What are the pitfalls of taking a Curcumin supplement?

There are plenty of options to choose from and it can be hard to tell which one to go with. In the case of curcumin, you should mostly think about the supplement's bioavailability. Most of the blends out there are sold to unsuspecting customers who have no idea that a good chunk of the supplement is washed off before it can make it through the system. The other aspect of the supplement that buyers should watch out for is what other components are infused. You want a supplement that uses the right blend of compounds to boost absorption.

Aside from the fact that you may buy a supplement that doesn't get absorbed in the body, you should also check for curcumin content to make sure that you are getting the right amount for your needs and that you're not getting a bunch of preservatives and other substances that you really don't need.

There are a number of curcumin supplements that have been tested and approved by the medical and scientific fields as being the best. In most of these, the blend consists of about 10%-20% curcumin and includes other components that make it more available to the body. According to experts, supplements that have a mix like that are ideal if you're looking to supplement with curcumin.

How to Use Meditation Statues