▷ How to Use Apple Cider Vinegar for Warts

How to Use Apple Cider Vinegar for Warts 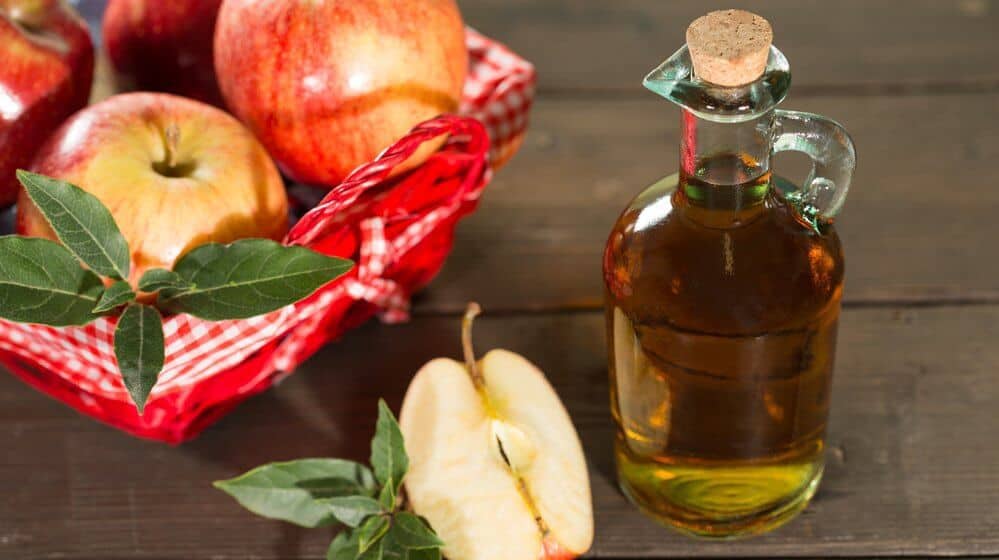 Halloween is coming and witches can be a popular costume idea, but no one really wants to have warts on their body. The truth is that warts can be a pretty common skin condition that can be very annoying.

The trouble is that you might not know what you can do to make these warts go away as quickly as humanly possible. You could reach for your typical pharmacy tube of wart remover cream or other chemical remedy, but considering how often we come into contact with more chemicals than we can shake a stick at, finding a home remedy can be a refreshing break.

The truth is that you can also use apple cider vinegar for warts. In this how-to tutorial, you’ll learn about warts, and what you need to do to use this miraculous product on your skin to deal with those pesky warts that can pop up on your hands, feet, and other places. Check It Out! lorem ipsum dolor

Topics to be Covered

In this tutorial, we’ll go over the following topics:

The human papillomavirus or HPV is most commonly thought of as a sexually transmitted disease, but it’s actually one of the causes of warts in general. This virus makes the top layer of skin grow out of control which forms the wart, and will typically happen where the skin has been broken with a cut or a scrape.

Warts can be spread through skin contact or contact with shoes or similar items. A person can even have it spread to other parts of their body. Quickly treating the issue can help to prevent this transmission.

There are a few ways that apple cider vinegar works on your warts. The first is the acidic nature of it. This acidity causes the tough skin of the wart to soften and peel away naturally from the root. Apple cider vinegar is also an anti-viral, and as having this property, helps to limit the growth of the wart and the spread of the virus that causes the wart.

The first step that you’ll need to do is to gather up your ingredients. You’ll want to at least have your apple cider vinegar, cotton balls, Band-Aids, petroleum jelly, water and mixing bowl.

Some people prefer to use just apple cider vinegar for their wart remover, but this strength of acidic vinegar can make skin feel raw and may make it burn. Others choose to dilute the vinegar with water. There are a few variations to this remedy that you could also try that includes using either baking soda, vitamin C, or aloe vera added into the vinegar.

The next step will be pouring in the apple cider vinegar in the bowl, and if necessary for your purposes, adding some water to it to dilute it. You may want to start by adding a small amount of water as the acidic nature of the vinegar is what helps to remove the wart, but too much acid may cause you discomfort.

Check It Out! lorem ipsum dolor

Vitamin C capsules can also be broken open and added to the apple cider vinegar mixture. Vitamin C is a great antioxidant, and has been shown to enhance the condition of the skin.

Aloe vera has been used for centuries as a helpful plant and helps improve the condition of the skin that has been damaged in some way.

If you’re not seeing results with the particular mixture that you’ve settled on in your initial efforts to get rid of your warts, you can always try another variation to see what might work the best for your skin. Some people have skin which happens to be much more sensitive to the acid found in the apple cider vinegar while others don’t notice it much when they use it not diluted. You may even want to experiment with trying several of the variations together to see if they might be the key to improving the skin and removing the wart.

You may be wondering where the petroleum jelly comes into play for this tutorial, and it’s actually used as a protective barrier for the healthy skin around the wart from the acidic effects of the vinegar.

Rather than mixing it into your solution or paste, you’ll be applying the petroleum jelly first. You may be familiar with applying petroleum jelly around your hairline before applying hair dye at home to help prevent any splatters of dye from coloring your skin. This works in a very similar manner.

The application of the wart remover is the easiest part of this process. Once you’ve protected the healthy skin, you’ll want to liberally apply the apple cider vinegar, the paste or other mixture to the cotton balls. Place the cotton balls over the wart, and then apply the Band-Aids to keep it in place. It can be a good idea to do this right before bed so that the wart remover can work through the night, and you don’t have to walk around smelling like a salad during the day.

You may have to apply the apple cider vinegar wart remover that you make several times before it completely removes the wart. There is no magic bullet that will make it disappear immediately. The good news is that the wart will start going away in stages.

In the first stage, the wart may swell up or feel irritated because of the presence of the apple cider vinegar on it. At this stage, you may decide to change the variation that you’re using on your wart to stop your skin from being more irritated than it has to be.

In the second stage, the wart will start to change color. It should turn black if the wart removal process is working correctly.

In the final stage, the wart will begin to flake away until eventually, it will go away. At this stage, it’s important that you don’t try to help it along as it may make it so that the wart comes back.

As previously noted, apple cider vinegar can be irritating when used on the skin directly without diluting it. Be sure that you use the petroleum jelly to protect healthy skin, and that you dilute it if necessary.

If you have any open wounds or sores in the general area of the wart, you may want to wait to apply the apple cider vinegar as it will sting these areas. If the wart is in a sensitive area, such as by an eye, you will want to skip using apple cider vinegar on it as this may lead to painful results.

Also, trying to remove a wart before it’s been completely softened enough may cause part of it to stay behind, which can act as a seed to allow another wart to spring into its place. Patience pays with this home remedy for warts.

Apple cider vinegar is probably one of the most useful bottles that you can have in your home. These apple cider vinegar wart removal options are a great way to step away from the chemicals that we typically turn to when we have an issue like warts. It’s nice to have an all natural home remedy at hand.

Have you ever used apple cider vinegar for warts? We’d love to hear all about it in the comments below in how well it worked for you. Did you need to use one of the variations or do you have your own variation? Be sure to share with other wart sufferers to help them in their time of need. Let your friends know all about this article by sharing it today.

I had a wart on my hand just come out of nowhere and I couldn’t get rid of it no matter what for 2 years. I started combining 1/2tsp baking soda with 2tbs Brags apple cider vinegar(let the reaction pass) add 8oz water then drinking it every day 1st thing in the morning on an empty stomach, and after 7 days the wart was gone. Strangest thing ever to me. I can’t work it out. I’m guessing the concoction helped bring my body back alkaline and my system was able to fight it off. Other odd things- my appetite has curbed- the littlest portions satisfy me now, I just eat 4-5 times a day. Total magic.

Listen, I had a huge wart on my hand, never had one before and it freaked me out. I couldn’t get into a Dermatologists office for 6 weeks so figured I had nothing to lose trying ACV on it. I did nothing intricate, a little cotton ball directly on top of it soaked with the vinegar and a band aid on top of it. 5 DAYS later that thing was black and came off. Couldn’t believe it!
I saw some sites that said there is no scientific evidence about its effectiveness but I call buls$&t this worked and worked FAST