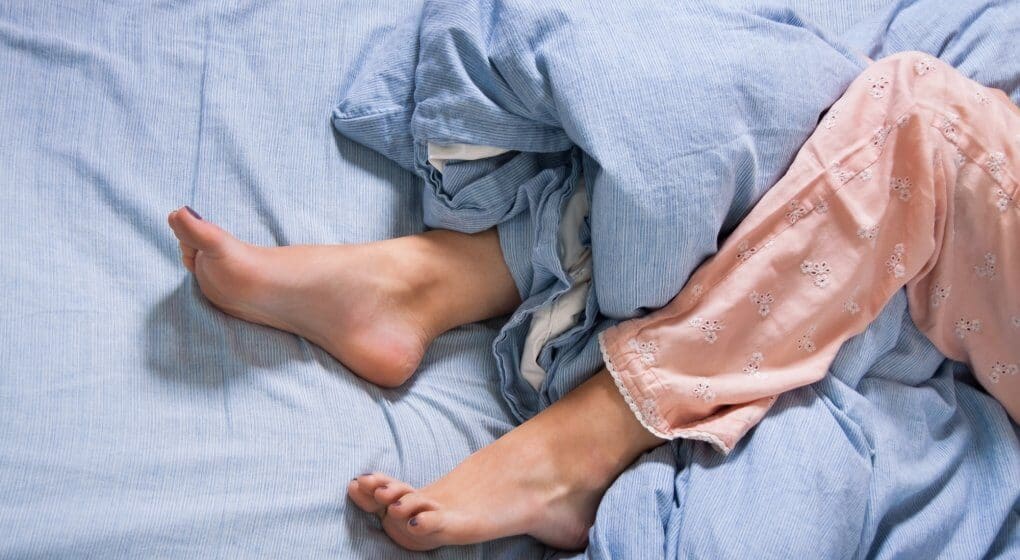 Have you ever felt the creepy crawlies climbing up your skin, or felt a persistent urge to keep moving? That pretty much sums up restless legs syndrome (aka RLS or Willis-Ekbom Disease) characterized by uncomfortable sensations in the legs that result in a persistent desire to keep moving. These unpleasant and unusual sensations are most frequently felt in the lower legs; hence, the name restless leg syndrome.

The propensity of the symptoms to either show up or aggravate at night, so much so that one is compelled to get out of bed and wander about, results in chaotic sleep patterns or insomnia in those affected by restless legs syndrome.

Though this syndrome is mainly a nervous disorder, it’s also recognized as a sleep disorder as it often interferes with sleep. All the same, it’s nothing like Forest Gump who felt the need to run and ended up running for 3 years and some more. In fact, the sensations in restless legs syndrome often come and go.

Here’s a list of the symptoms of restless leg syndrome:

Additionally, calcium and magnesium are minerals important for bone health and so increasing your intake of these through a healthy diet and sometimes supplements prescribed by a physician may help as well.

Vitamin B12 is important for nerve health and equally vital in improving a nervous disorder like restless leg syndrome.

Dr. Joycy D'mello is a homeopath practicing classical homeopathy, with specializations in women and children's health. She has a keen interest in research and writing, and is passionate about creating awareness of the valuable natural medicinal resources freely available to us. She spends her spare time in the pursuit of effective natural treatments for diseases that are termed incurable by the conventional physician.