▷ Swai Fish: What It Is & Reasons NOT to Eat It

Swai Fish: What It Is & Reasons NOT to Eat It 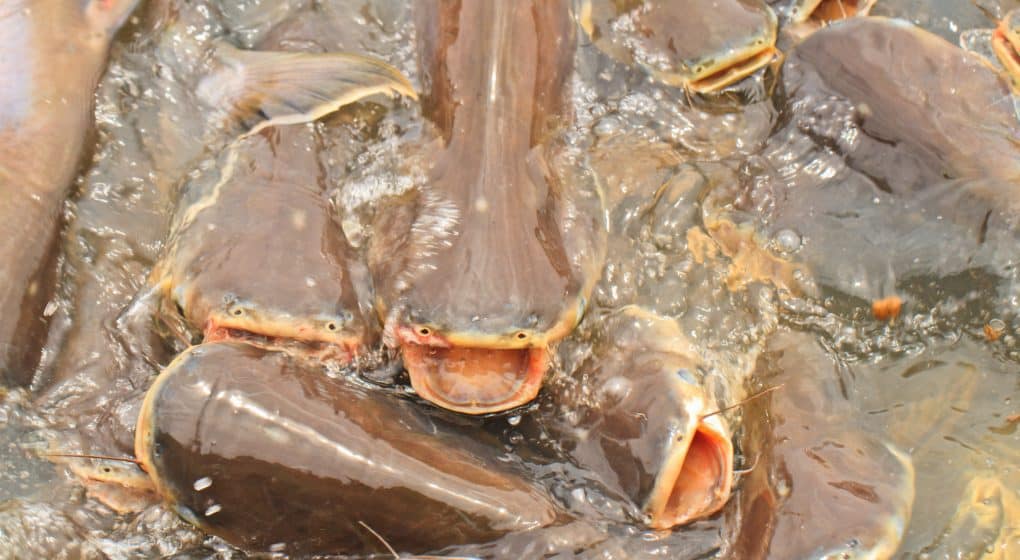 Summertime. For many of us, it’s time to take the tarp off the grill and get cooking. And these days, that often includes some cedar roasted white fish as an alternative to burgers or barbecue chicken. And in our increasingly health-conscious society, fish is seen as the Number One source of heart-healthy, sustainable protein – regardless of its breed or source.

So when hopeful shoppers set out to buy fish, they tend to gawk at the hefty price tag. Enter white fish like Swai, which is seen as an affordable alternative to pricier fish, readily accessible to the masses.

But when something seems too good to be true, it usually is. Today we’re uncovering what exactly Swai is, and why it isn’t all it’s cracked up to be.

Get ready, friends. It’s going to be a bumpy journey.

So what exactly is Swai?

Let’s dive straight into this sea of misinformation armed with the basics. Primarily sourced from the Mekong River in Southeast Asia, this imported white fish costs around $4 per pound at standard grocery stores, and can typically be found in the frozen aisle. It’s marketed as a flaky, adaptable fish with a subtle flavor, and is often compared to pricier cod and sole. This fish fell under controversy in recent years because of the wealth of names it goes by: iridescent shark – although it’s not a shark – and catfish – although, you guessed it, it’s not catfish.

Ok, you think, what’s the big deal about a few misnomers? A fish is a fish, right?

What’s in a name?

The trouble with this name game is that different fish are regulated according to different standards based on their name. As of 2014, catfish are regulated in the U.S. due to their being bottom feeders, and therefore more likely to ingest toxins. And while Swai technically falls under this umbrella of regulations, the truth is that imported fish are very minimally regulated when compared to their domestic brethren.

And considering that less than 2% of all U.S. seafood imports are tested for passing regulations, we’ve got a recipe for chemicals and disaster on our hands. According to a 2011 study based on data compiled between 2000 and 2009, Vietnam’s seafood exporters – who sell the majority of Swai – were the exporters who had the most “veterinary drug” violations out of all exporters for Japan, the European Union, Canada, and the U.S. Yikes.

So when Swai is flying under the radar, under-inspected by the USDA, the consumer looking to save a few dollars is in trouble. The low cost appeals to many people, mostly from the lower or lower-middle SES. And when the low-cost protein is coming from a river as polluted as the Mekong, there is a big problem.

What if the fish is farm-raised? Doesn’t that make it safe from river pollution?

Unfortunately, that just isn’t the case. Swai fisheries are peppered along the Mekong River, which is rife with pollution from sewage drains. When fish are exposed to sewage, they ingest bacteria that in turn can make people sick. In 2016, the grocery store Aldi faced a massive Swai recall after it failed to pass an inspection for contamination. The health risk was labeled as “high” and potentially life-threatening.

But even if you’re somehow comfortable with potential bacteria – if you, say, cook all your meat thoroughly – there are still risks from these toxins. When fisheries find that their fish are exposed to toxins, they are given antibiotics. And despite the common misconception that fish don’t feel pain, studies have emerged providing ample evidence to the contrary. So why does this matter to a consumer? Fisheries are notoriously inhumane and provide cramped quarters, causing undue anxiety. And just like any vertebrate, stress and anxiety make fish more likely to get sick. And what happens to farm animals when they get sick? You guessed it – they’re fed more antibiotics.

And aside from the shockingly brutal practices rampant internationally in fisheries – from spaces overstuffed with sick fish to painful slaughtering methods – there’s more at stake for the humans eating them than people are led to believe. Because of the tight concentration of fish in one area, there’s an increase of algae and bacterial growth on the nets that keep the fish sequestered.

To combat this, fish are fed pesticides containing copper sulfate – a toxin – to keep the algae from getting out of hand. But there’s more to this toxin story, and something even more concerning. While researching Swai, I learned that fish are frequently sprayed with chemical preservatives to keep them looking “fresh”, and these chemicals are permitted by the FDA. The worst part? The fisheries are under no legal obligation to notify consumers about the presence of these chemicals.

Unfortunately, it doesn’t end there. According to a recent study conducted by Ghent University, people who consume shellfish are, on average, ingesting 11,000 pieces of microplastics each year. And another study found that plastics are in one third of all fish consumed in the UK. To assume that fish like Swai are somehow immune to this toxic cycle is to ignore the potentially disastrous impacts that these plastics could have on our health.

OK, but what do I do? How do I feed my family without breaking the bank?

While it seems unbeatable to find a protein source that can feed your family for only $4 per pound, there are many other, more affordable alternatives that don’t expose you and your loved ones to deadly toxins. With dried beans costing only $1 per pound, and the abundance of crock pots available at thrift stores, there are much cheaper ways to ensure your family is healthy, wealthy, and fed – without breaking the bank.

In this day and age, and with all the pollution in our oceans – from plastic islands to nuclear waste to oil spills – the amount of toxin-free fish is dwindling. With a little research, and a little optimism, you can break that cycle of toxins and feed your family right. What are some affordable, nutritious alternatives you enjoy around the dinner table?

How to Get Rid of Bluegrass Weevils (Natural & Organic Methods)