Food
Supplements
Written by Sabrina Wilson and updated on April 24, 2018 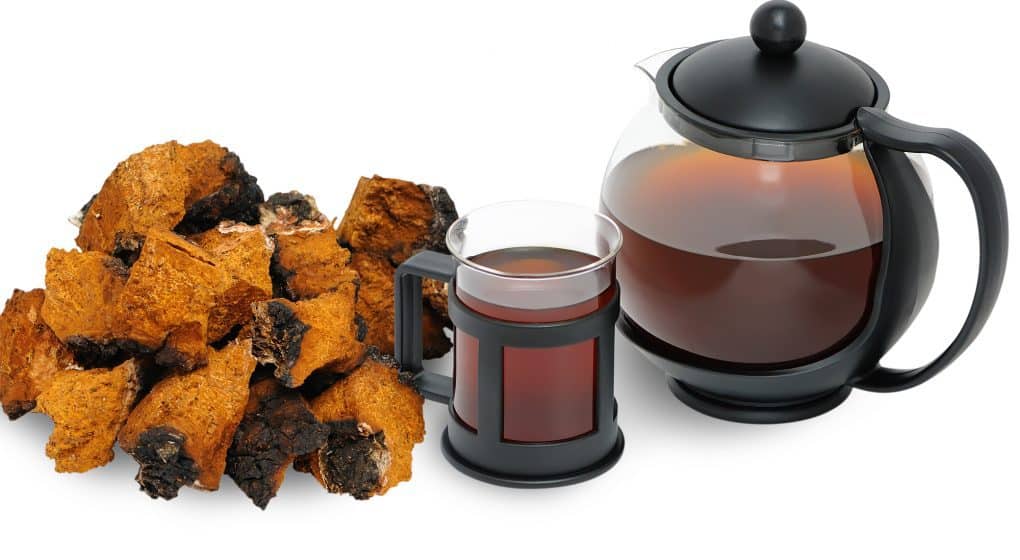 Learn how to maximize these benefits in this post.

When it comes to all-natural health remedies, mushrooms have long held a place right at the top of the list. Mushrooms are quite unique, because their survival is highly dependent on their ability to excrete potent enzymes.

These enzymes are highly bioactive, in which they help breakdown simple molecules outside of the mushrooms structure into smaller nutrients. These nutrients are then absorbed by the mushroom, where they can be used to promote healthy growth and function. 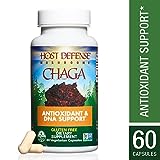 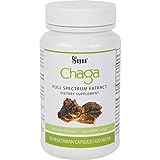 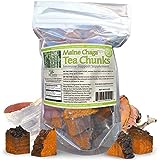 Interestingly, the human consumption of these potent compounds has been suggested to cause large improvements in health and function across the entire body – which explains why mushrooms have been so well regarded within the health industry for so very long.

And one of the most popular health boosting mushrooms on the planet is the Chaga Mushroom.

What Are Chaga Mushrooms?

The Chaga mushroom (scenically named ‘Inonotus obliquus’) is commonly considered the king of mushrooms because it has long been suggested to have a HUGE impact on health.

This suggestion actually stems back to 980AD, where it was reportedly used by Persian physicians to enhance heath, treat a variety of diseases and illnesses, promote wellbeing and longevity, and even improve endurance and increase energy levels.

This particular mushroom is quite interesting as it is considered a black parasite white rot fungus due to its unique shape and structure. Within this, the Chaga mushroom actually inhabits the living trunks of very mature birch trees that are found growing in very harsh and cold climates.

With this in mind, the Chaga mushroom tends to be found in places like Siberia, Canada, Alaska, and some of the northern most areas of the US.

The Chaga mushroom consists of two main parts: The fruiting body of the plant, which is brown in colour and found living inside the tree, and the sclerotium, which is the black growth protruding from within the tree.

Interestingly, the parts of the mushroom that have long been used in traditional medicinal practices include both the wood of the birch tree where the fungus has invaded, and the body of fungus itself.

Chaga mushrooms are thought to provide the body with a number of key adaptogenic compounds known as adaptogens. These adaptogens are considered such because they are thought to improve the body’s ability to adapt to stress and change, enhancing health in the process.

In conjunction with these adaptogens, the Chaga mushroom also exhibits anti-oxidant, anti-cancer, anti-viral, and anti-inflammatory properties that have further been suggested to impact health in a very positive manner.

What are the Benefits of taking Chaga Mushrooms?

Given the rather unique history surrounding the Chaga mushroom, and the interesting compounds that it does provide the body, it has been suggested to impact health in a number of different ways. As a result, we wanted to take an objective look at the research to determine where the Chaga mushroom is best used, and where it isn’t.

The Chaga mushroom contains an abundance of anticancer compounds that have been suggested to impact the cells of the body through four key mechanisms: these include, 1) increasing antioxidant activity to prevent cancer formation, 2) slowing the growth of tumorous tissue, 3) promoting the cell death of tumorous cells, and 4) increasing the ability of the immune system to remove cancerous cells within the body [1].

With this in mind, in animal-based studies performed on mice suffering from cancer, the supplementation of Chaga mushroom has been shown to cause significant reductions in tumour size, while also limiting the spread of cancerous cells [2].

Similarly, in laboratory studies performed on human cells, the application of the Chaga mushroom has been shown to prevent cancer cell growth and reproduction [3].

Now it is important to note that while this research certainly suggest some promise in the Chaga mushroom’s ability to prevent and assist in the treatment of cancer, actual human trials are needed to say this with any real certainty.

There is laboratory research demonstrating that the application of Chaga mushroom to human skin cells can improve cell health while also protecting against the deterioration of human fibroblasts. Additionally, this same application in mice has also appeared to supress UV induced changes to the skin, such as skin thickening and wrinkle formation [4].

With this in mind, this early research does suggest that the Chaga mushroom may have a positive impact on skin health by inhibiting the effect of harmful oxidation, but more human research is needed.

Psoriasis is a chronic and systemic inflammatory disease that often leads to elevated and itchy sections of skin, which, in more severe cases, can become covered in thick silvery scales.

Given that the Chaga mushroom has been shown to possess extremely potent anti-inflammatory properties, it may have the ability to reduce the systemic inflammation considered to act as a precursor to psoriasis, therefore reducing the severity of the disease [5] – although again, early research has only been performed in lab-based cell studies, and more real world human research is needed.

Does Chaga Mushroom help with wrinkles?

As previously mentioned, animal studies have shown that the supplementation of the Chaga mushroom has the ability to reduce the development wrinkles cause by harmful oxidative damage within the cells of the skin [4].

As a result, this research suggests that the Chaga mushroom may provide a way to prevent the formation of wrinkles, but there is little evidence to suggest that it can treat or cure them once they are already established.

Cell based research performed in the laboratory as shown that the anti-viral compounds found within the Chaga mushroom can significantly reduce the severity of the herpes virus [6], although there is no human research to demonstrate whether this treatment method will transfer across to real world scenarios.

While there is no solid human research in this area, there has been plenty of studies performed on both human cells and animals that have shown some extremely promising results. In these studies, the Chaga mushroom has been shown enhance the function of key immune cells known as Interleukin-6 and T-lymphocytes – both of which modulate and enhance immune system function [7].

This early research does suggest that the Chaga mushroom may have the capacity to boost immune health in humans, while also assisting the immune system stave off any number of nasty diseases and illnesses.

Is Chaga Mushroom good for colds?

Now considering that the Chaga mushroom has shown some promise at improving the function of the immune system in its entirety, there is also reason to suggest that it may also help prevent and treat the common cold [7].

Although we should note that more thorough human research is needed before this can be said with any real certainty.

There is both animal and cell-based research that has shown that many of the anti-inflammatory compounds found within the Chaga mushroom have some capacity to cause significant declines in inflammation [8, 9].

While we would like to see some more human research into this area, the early signs are incredibly promising, suggesting that the Chaga mushroom may have the ability to reduce inflammation within the body while also reducing the risk of developing a number of inflammatory diseases in a big way.

Lyme disease is an infectious issue caused by a unique strain of bacteria known as Borrelia. This bacterium is transferred into the body when bitten by a carrier of that bacteria (most commonly, a tick). Interestingly, this bacterial infection can lead to cold and flu like symptoms, combined with joint inflammation and arthritis.

Given that the Chaga mushroom does exhibit anti-inflammatory and immune boosting effects [7,8], it may have the ability reduce the severity of Lyme disease, although there is currently no real evidence to suggest that this is the case.

Is Chaga Mushroom good for digestion?

There has been some interesting animal research demonstrating that the supplementation of Chaga mushroom in mice has the ability to supress oedema, reduce levels of digestive inflammation, and enhance the state of the gut microbiota [10, 11].

Through these interactions, it is highly likely that the Chaga mushroom will have some capacity to enhance digestive health and function in humans, although more research is needed.

MS is a neural condition that occurs when scars begin to develop within the central nervous system, interfering with the transmission of nerve impulses from the brain to the rest of the body.

The symptoms of MS are highly unpredictable as it depends entirely upon where scars form within the central nervous system, but it is likely to result in one of the following issues: a loss of motor control, excessive fatigue, vertigo, pins and needles, continence issues, and neuropsychological symptoms (such as memory loss, depression, and cognitive decline).

Unfortunately, even despite the healing properties of the Chaga mushroom, there is no research to suggest that it can help people with MS.

As the Chaga mushroom does contain potent adaptogenic properties (as discussed above in more detail), it has been hypothesised to improve tolerance to the stress placed on the body during exercise, and therefore enhance physical performance.

Interestingly, animal-based research has shown that mice provided with Chaga mushroom supplements can swim for much longer duration than those who are not, while also reducing lactic acid accumulation within their blood stream [12].

This suggest that the supplementation of Chaga mu