▷ What Are the Benefits of Inositol?

What Are the Benefits of Inositol? 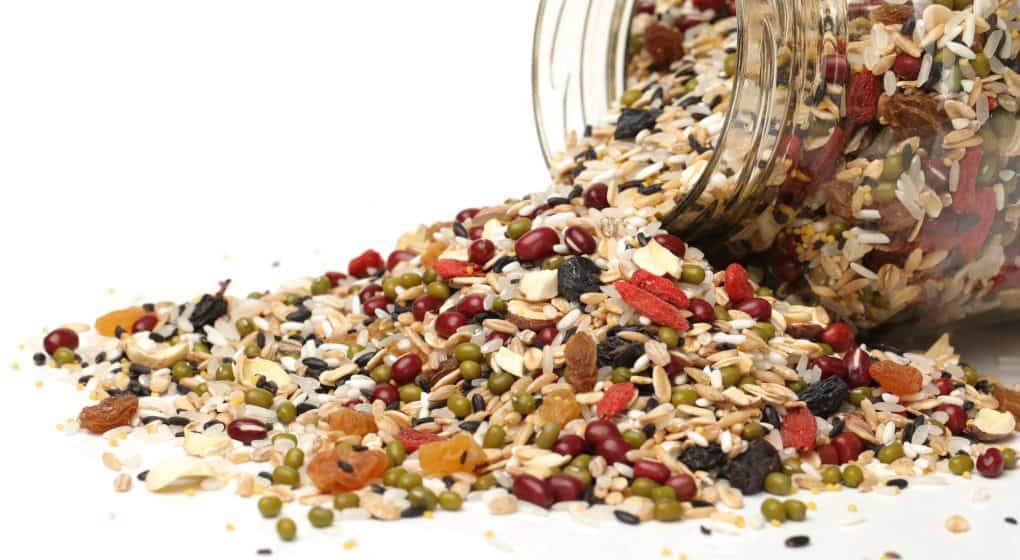 There are a multitude of vitamins and minerals found within the human body, many of which are absolutely essential for the maintenance of normal health and function.

Interestingly, the supplementation of many of these essential nutrients has also been shown to boost health and function – not only ensuring that the physiological process they are involved in are running smoothly, but rather guaranteeing that they are running as efficiently as possible.

Now with this, it is important to note that not just any of these compounds will boost function – in fact, there are only a select few that (when supplemented correctly) can truly enhance health.

Which bring us to the topic of today’s article, Inositol.

Inositol is a vitamin-like substance found naturally occurring within many plants and animals. Within this, it is a completely organic compound that has been shown to play a number of key roles within the human body.

Because inositol is found naturally in many different plants and animals, is often incorrectly classified as a B-group vitamin (vitamin B8 to be exact) – as such it is important to note that it is actually a very unique type of carbohydrate that acts like a vitamin once it enters the body.

How long has inositol been around?

Inositol actually has quite an interesting history behind it. In 1850 it was first extracted from muscle tissue (by a man who goes by the name ‘professor Johanes Joseph Scherer’, for those interested), where its many roles in the human body begun to be explored in depth.

Over time it become apparent that inositol may actually have a small link to diabetes, where in 1988 it was found to act as a chemical mediator for the body’s key storage hormone Insulin.

Not long after this discovery, polycystic ovarian syndrome (PCOS) was linked to insulin resistance.

This link led to the suggestion that inositol may also play an important part in the maintenance of normal metabolic and reproductive health – something that the scientific research has looked at extensively over the last few decades.

What are the benefits of taking inositol?

Given that inositol plays a number of roles within the body, its supplementation has been suggested to impact health in a myriad of different ways beyond just metabolic and reproductive health. With this in mind, we have taken an in depth look at the research to determine where inositol offers the most benefit.

Does Inositol Help With Getting Pregnant?

Inositol has been shown to play an important role within the reproductive system, where it interacts though a number of different mechanisms. More specifically, it is found in large amounts in the female follicular fluid (where elevated amounts appear to suggest good quality egg cells) and in male semen, where it is thought to promote the health and functional ability of those tissues.

While the exact mechanisms are somewhat unclear, the supplementation of inositol in females has been shown to increase fertility in a big way.

The daily consumption of approximately 2000mg of inositol has been shown to increase both ovulation and fertility rates, suggesting it offers an excellent way to improve all cause subfertility in females who have irregular menstruation [6].

PCOS is one of the most common causes of female infertility in the world, where it has demonstrated strong associations with ovarian dysfunction, abnormal metabolic and hormonal health (which is often associated with insulin resistance), and irregular menstruation.

The supplementation of inositol has been shown to reduce the severity of PCOS symptoms, improving menstrual regulation and ovulation. Additionally, it has also been shown to improve upon insulin resistance, causing a subsequent increase in metabolic and hormonal health.

Taking this into consideration, inositol appears to have a very positive impact on the fertility of those suffering from PCOS [7].

There is also research to suggest that inositol may have the potential to improve sperm cell quality, and therefore have use to improve the likelihood of getting pregnant when combined with additional reproductive technology – although much more research is needed in this area.

Obsessive Compulsive Disorder (OCD) is a mental health disorder that can affect people of all ages and backgrounds. It occurs when people get caught within cycles of obsessions and compulsions.

There is evidence to suggest that inositol can impact the production of specific neurotransmitters in the brain, subsequently leading to an improvement in neural and cognitive function. This has been shown to have an extremely positive impact on the severity OCD when supplementing daily [1].

In a very similar nature to the above point, inositol has been shown to act as a metabolic precures to specific monoamine neurotransmitters found within the brain, which are known to boost mood while also exhibiting potent anti-depressant properties.

As a result, the daily supplementation of inositol has been shown to cause large elevations is mood combined with an associated reduction in depressive symptoms, suggesting it may offer an excellent addition to more traditional depression medications [2].

Through very similar mechanisms mentioned in the above point about depression, inositol has been shown to have a positive impact on levels of stress and anxiety.

With this, it has also been shown to cause significant improvement in the signs and symptoms of those individuals who suffer from chronic anxiety, panic disorders, and post-traumatic stress disorder, suggesting a great addition to other treatment options [3].

This point is actually quite interesting – you see, although inositol does not interact directly with any one of the body’s sleep mechanisms, it does have the ability to reduce known stress and anxiety that can reduce sleep quality and make it difficult to fall asleep [1, 3].

Interestingly, through its general interactions with the hormonal system, inositol has been shown to cause some small reductions in testosterone secretion in females who suffer from PCOS, indicating it may have additional health benefits for this group beyond improvement in metabolic health and fertility [4].

In conjunction with its impact on hormone levels and metabolic health, the supplementation of inositol has also been shown to cause significant reduction in blood pressure. It is important to note that these reductions appear to be more pronounced in individuals suffering from either pre-diagnosed hypertension, or PCOS [4].

One of the most common causes of hair loss is due to a disease known as Androgenic Alopecia (AGA for short), which is thought to be the result of heightened sensitivity to the natural androgenic sex hormone DHT.

DHT is suggested to interact with the specific receptors found within hair follicles, causing their deterioration – which leads to associated hair loss.

By regulating hormone levels, inositol has a been suggested to reduce the severity of hair loss associated with AGA, limiting the risk of baldness in a very big way [5].

Does Inositol Help with Weight Loss?

As inositol has demonstrated a capacity to increase the body’s sensitivity to the hormone insulin, it can result in lower levels of resting blood sugar and enhanced fat metabolism. Through each of these mechanisms, inositol supplementation has been suggested to promote sustained weight loss over time.

How Long Does It Take to Work?

While the exact amount required before a dosage becomes effective is highly dependant on the individual, most studies require a minimum intervention period of 4-6 weeks before any observations can be made.

With this in mind, we strongly recommend you consistently take your inositol supplement for at least 6 weeks before making a call on its effectiveness, as it may take this long to kick in (so to speak).

Does Inositol Have Any Side Effects?

Now, as with any supplement, it is always important to consider the potential side effects that may be associated. With this in mind, inositol has actually been shown to be extremely safe when supplemented in low to moderate dosages, with no real side effects observed.

In dosages above 12 grams per day it is not uncommon for some individuals to experience gastrointestinal discomfort, including nausea, bloating, constipation, flatulence, and even diarrhea. As a result, ensuring your dosage is below 12g per day is a simple way to avoid these potential issues.

Additionally, while some individuals have reported inositol leading to weight gain, mania, fatigue, acne, and heart palpitations, there is no scientific evidence to suggest that this is the case – as a result, if you do experience any of these symptoms while supplementing with inositol seek medical attention immediately, as this would be considered quite abnormal.

Given that inositol has been shown to be so effective in so many different scenarios, we wanted to give you some potential supplement options. Each of these offer an excellent option in their own right – collectively making up what we believe to be the best three inositol supplements available on the market at the moment.

Jarrow formulas have built a great reputation for producing high quality supplements that with good quality scientific evidence to support their use – and their inositol powder is no different.

Providing you with a solid dosage of 600mg per serve, this particular supplement offers a simple and effective way of including inositol into your diet. It is important to note that as this is in powder form, it must be mixed into liquid prior to being consumed.

This supplement by Jazzee uses a specific version of inositol known as Myo-Inositol, which has been shown to have a large impact on metabolic and hormonal health.

As an added bonus, this particular option comes in capsule form, making it extremely easy to take. Furthermore, each capsule contains a whopping 2000mg per serve, making it one of the most potent inositol supplements available on the market.

NOW have been a favourite of ours for a very long time, ultimately because they consistently put out great quality supplements at very reasonable prices.

And fortunately for us, their inositol supplement is no different.

Providing us with 500mg of inositol per capsule, NOW offer an excellent way to tailor your dosage to your exact requirements. And as a bonus, this is arguably the most affordable option available at the moment, making it perfect for those on a budget.

With research demonstrating positive effects on metabolic health, blood pressure, hormone levels, fertility, mental health, and suggesting benefit as an additional treatment for PCOS, it has a lot to offer with no real negatives to mention.

If you have had any experience with inositol, we would love to hear about it – so drop is a comment and we will get back to you ASAP.