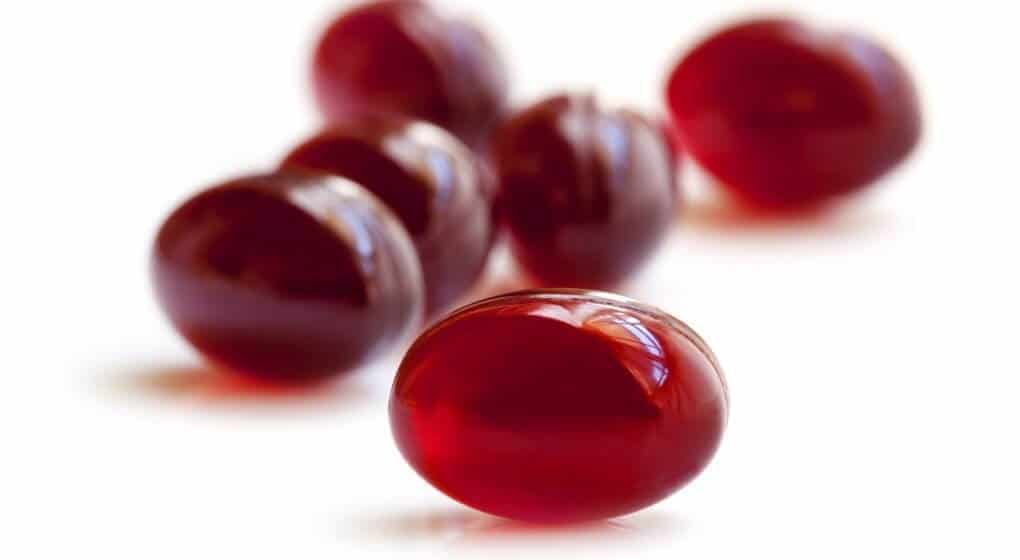 There are many of us who get caught up looking for the ‘perfect’ supplement regime. A combination of different supplements that will maximise every single aspect of heath, all while improving recovery, performance, and cognition.

And while this sounds great in theory, it isn’t always so good in application –as it often requires us to take an absurd amount of capsules every single day. 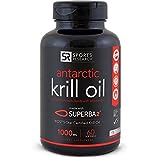 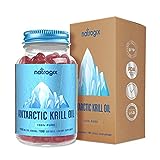 Which is why some of the most beneficial supplements available are those that cause HUGE improvements in health across a number of different areas – those supplements that provide the most ‘bang for your buck’, if you will.

And a perfect example of this?

What is Krill Oil?

There is no doubt in my mind that at one point or another, you would have heard about the health benefits associated with the consumption of Omega-3 Fatty Acids – you know, those key compounds that have been suggested to cause vast improvements in both cardiovascular and metabolic health (with relatively minimal consumption required)?

Now the interesting thing about these compounds is that they cannot be synthesised within the body, and therefore must be obtained through the food we eat.

And this is where Krill Oil comes into the discussion.

Krill oil is a supplement obtained from (you guessed it…) Krill, a small cold water crustacean that closely resembles a shrimp. As a result, krill oil contains an abundance of the two key Omega-3 fatty acids, DHA and EPA.

While it is very similar to fish oil in its fatty acid composition, Krill oil has been gaining popularity at a rapid rate, as recent research suggests that has more potent antioxidant properties than fish oil – thus implying that it may be even more beneficial for health.

What Are the Benefits of Taking Krill Oil?

Due to its unique combination of omega-3 fatty acid content and its antioxidant properties, krill oil has been shown to interact within the body via a number of different mechanisms, and therfore impact health in a myriad of different ways.

Inflammation is an integral component of our immune systems response to the entry of foreign invaders and harmful compounds into the body. Typified by an increase in blood flow to the specific area of invasion, inflammation in the short term, is a good thing.

Unfortunately, if if left unchecked, chronic inflammation can place the body under extreme amounts of duress – often resulting in a rapid decline in health.

While inflammation is known to occur in response to acute incidents, it has also been shown to result from a number of lifestyle factors, including dietary patterns, exercised regimes, and even air exposure.

With this in mind, the two Omega-3 fatty acids found in krill oil have been shown to act as potent anti-inflammatories within the body. This means they offer an excellent means to improve health and function by staving off the chronic inflammation caused by harmful (and at times, unavoidable) lifestyle factors [1].

Again due to its potent anti-inflammatory properties, krill oil has been shown to cause large improvements in joint health, while also reducing the nasty symptoms of arthritis and other joint related inflammatory diseases.

Interestingly, in conjunction with this, Krill oil has also been shown to cause large improvement in joint stiffness and function, combined with associated decreases in joint pain in those individuals with joint impairment [2].

Both DHA and EPA (the two key fatty acids found in krill oil) are commonly considered ‘heart healthy fats’, as they impact the blood lipid profile in a very positive way.

More specifically, their consumption has been shown to cause significant reduction in the levels of triglycerides found in the blood (which are considered to be responsible for damaging plaque build-up on the walls of our arteries).

​This has also been shown to come with a significant reduction in blood levels of LDL (or ‘bad’) cholesterol, combined with subsequent increases in HDL (or ‘good’) blood cholesterol.

Through the interactions of these two key mechanisms, krill oil causes a significant reduction in the risk of developing heart disease, while also ensuring the optimal function of the heart and cardiovascular system [3].

Considering the above, it should become apparent that a high quality krill oil supplement can cause large improvements in our health. With this in mind, we have gone ahead and found what we believe to be the best three Krill Oil supplements available on the market.

This great quality Krill Oil supplement by Keto Zone is arguably the highest quality option on the market. Produced using fresh Atlantic krill that is harvested straight from the pristine Atlantic water, they are then freeze dried to prevent any oxidation of the delicate omega-3 fatty acids that they contain.

To further preserve the freshness of this krill oil, this product is then encapsulated using cutting-edge capsule Technology that has been designed to protect the oil from light and moisture. This not only protects the product from degradation, but also eliminates the associated fish oil smell.

This is a great option.

1MD are one the premier supplement companies on the planet, consistently using scientifically proven ingredients in highly potent dosages – something that is paramount in their platinum krill oil supplement.

Providing a solid 1600mg of highly potent Antarctic krill oil per serve, this is one of the most effective options available on the market. As an added bonus, this particular supplement has been shown to contain a number of key antioxidants that are known to boost health and reduce the formation of harmful free radicals, further protecting the heart and body from disease and illness.

This option by Viva Naturals is hands down the most popular on the market – and for good reason too. Providing us with a potent 1250mg dosage of pure Antarctic krill oil, it is both of great quality and extremely effective. 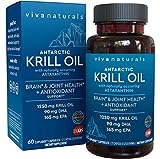 While this is not the most affordable option on the market, you are paying for quality. A great option that has everything you need in a good quality krill oil supplement.

Sports research have garnered a great reputation for their product quality – something that is paramount with their krill oil supplement. Providing a solid dose of 1000mg of Antarctic krill oil per serve, it ensures results.

This krill oil supplement by Natrogix is one of the most potent on the market, providing a whopping 1500gm of highly bioavailable Antarctic krill oil per serve. This makes it a highly effective and efficient way of introducing krill oil into your diet. 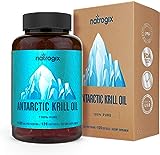 As an added bonus, given its potency, it is also one of the most affordable options available – this makes it absolutely perfect for those on a budget.

Krill oil is hands down one of the best bang for your buck supplements you can possibly take. Shown to reduce inflammation, improve joint health, and stave off cardiovascular risk factors, it offers a unique and simple way to boost health – all with as little as a single capsule per day.

The three krill oi supplements listed in this article are what we believe to be the best available at the moment. If you have had any experience with them, we would love to hear about it – so drop us a comment and we will get back to you ASAP.