▷ Reading the Tomato Leaves: How to Nip Diseases in the Bud

Reading the Tomato Leaves: How to Nip Diseases in the Bud

Gardening
Remedies
Written by Joseph Biggs and updated on June 27, 2018 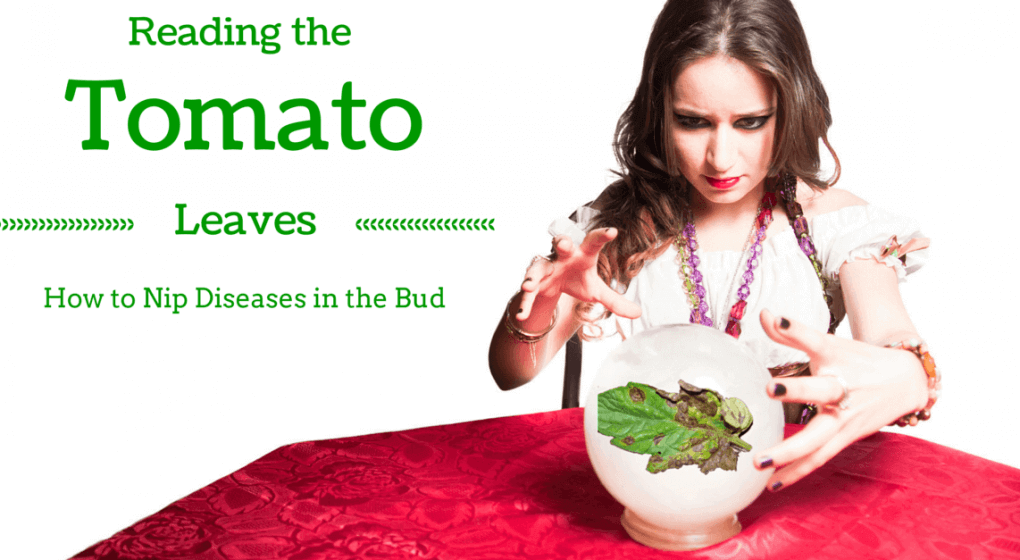 Tomatoes aren't the easiest plant to grow all the way through to harvest. Humans are not the only creatures that find tomatoes to be a tasty treat. All manner of insects, fungi and other maladies are waiting for their chance to eat too.

You can head off many problems by knowing what you're looking for. There are also some ways of inoculating tomatoes from disease if you start right at planting time. Below are instructions on identifying and treating these problems before you lose your precious produce.

These are small dark-colored jumping insects found happily munching on your tomato leaves early in the season, while they’re still young and tender. They look rather more like a beetle than a flea, beautifully colored, often shiny or metallic.

The flea reference comes from the enlarged hind legs of the insect, which gives it its jumping abilities. Adults feed on the leaves, stems and flowers of many common garden plants, including cabbage, beans, peppers and tomatoes. 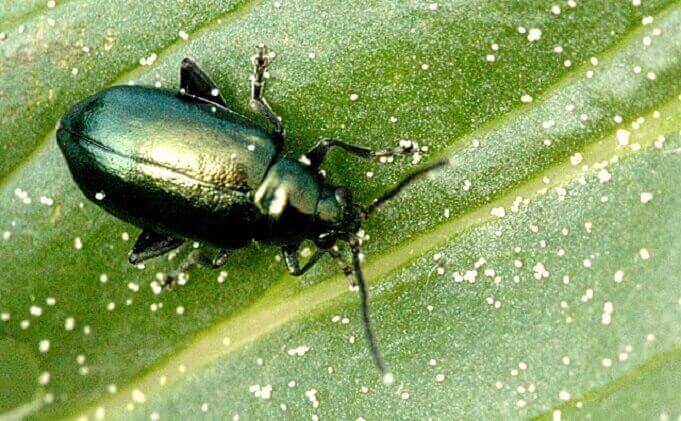 The damage can be seen by the small BB sized holes chewed by the insect, which can coalesce into large holes if you have a heavy infestation.

FREE science-based report shows how to increase your tomato yield this season.

Also called Septoria leaf blotch or canker, this disease is caused by the fungus Septoria lycopersici, and if left untreated can result in the death of the plant. It attacks plants of the Nightshade family, to which tomatoes belong, and is very contagious. It thrives in moist, warm conditions where there is little airflow. 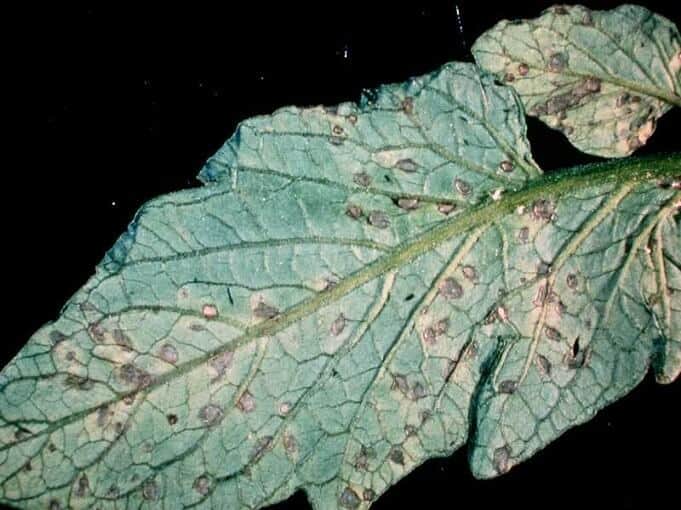 The fungus lives in the soil over winter, and can also live on dirty garden tools. It makes its way onto the leaves generally by getting splashed with infected ground water. The spots are round, with dark brown edges and small black fruiting structures in the middle of them. The fungus spreads upwards, from the oldest leaves to the youngest, and they turn yellow, then brown, and then they die. Fruit is largely unaffected.​

Caused by the fungus Alternaria solani, early blight is a very common disease of tomatoes, and may also affect potatoes. Like most fungus, it overwinters in the soil, and grows quickly in moist and wet conditions. It is commonly mistaken for Septoria leaf spot as it infects the plant at the same time, but it has different symptoms. 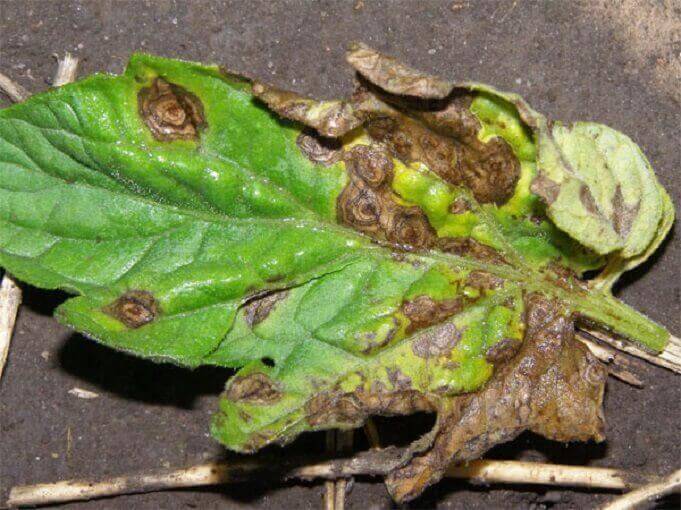