▷ How to Use Apple Cider Vinegar for Acid Reflux

How to Use Apple Cider Vinegar for Acid Reflux 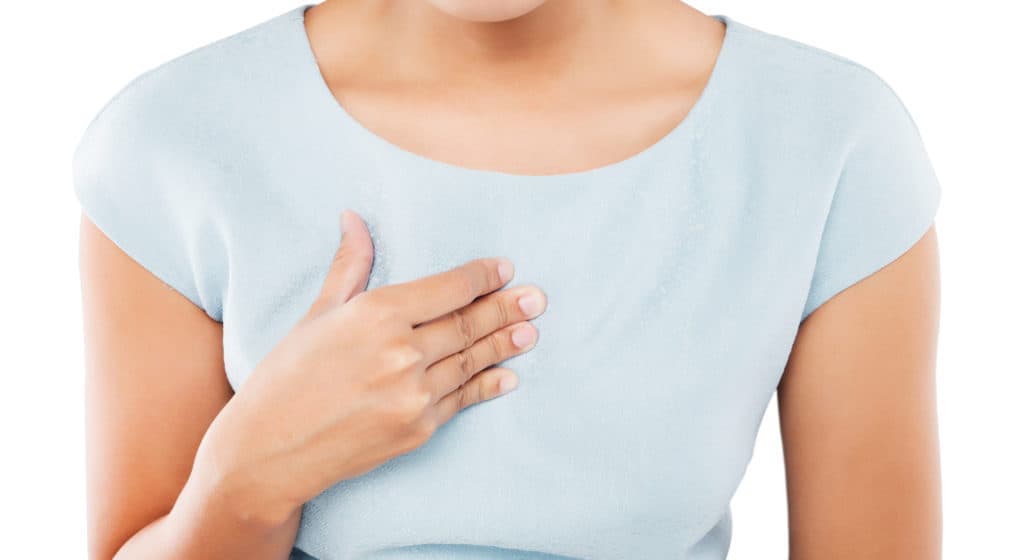 Acid reflux. If you’ve never experienced it, consider yourself one of the lucky ones. But if you are among the tens of millions of Americans that suffer from occasional or regular heartburn like I do, you know that it can run the range from mildly unpleasant to downright excruciating. In fact, the pain in your stomach and chest can be so intense that it is easy to mistake it for a much more serious condition, like a heart attack. So, what is it, and what can you do about it?

Acid reflux is a condition that’s caused by the digestive acid in your stomach coming up through your esophagus into your chest. That’s right -- digestive acid. While those juices may be perfectly fine in your stomach thanks to a protective coating of mucus, the esophagus is not so lucky. When released into the esophagus, the stomach acid starts to do what it’s supposed to do.

That means that when you feel that familiar burning sensation in your chest or throat, you are literally digesting your own esophagus. Sound gross? It is. And what’s more, it’s dangerous too. While a little heartburn here and there might be no big deal in the grand scheme of things, long-term acid reflux can lead to GERD ﻿﻿(Gastroesophageal Reflux Disease), which in turn can lead to other, more serious, problems like cancer.

Luckily, there are many solutions out there. Yes, you can go the pharmaceutical route if you want to. However, if you’re looking for a more natural, cost-effective, remedy you’ve come to the right place because I’m going to show you how you can deal with this problem by using a product that most people keep on hand in their pantry: apple cider vinegar. "It is important to always remember to notify your healthcare provider when deciding to start any new supplement or medication regimen. Apple cider vinegar (though natural) can interact with certain medications so it is important to inform your doctor first to make sure it is safe to use daily. Apple cider vinegar in large quantities can also decrease the level of potassium in your body, which can be dangerous if you are taking a medicine (i.e. diuretic or insulin) that also decreases your potassium level. Overall, apple cider vinegar is generally noted as safe in adults with few side effects noted."

Yes, that’s right: it’s not just a food ingredient. Apple cider vinegar is made from, in case you don’t know, fermented apples. It’s easy to make, and if you have the time I recommend trying it yourself, but that’s not important right now. What is important is that apple cider contains acetic acid, the end result of the fermentation process and the chemical responsible for apple cider vinegar’s strong, pungent odor and taste that some people find mildly unpleasant. It is also the chemical that lets apple cider vinegar work its healing wonders on your upset stomach, so I think we can forgive it if that means it comes with a few hang-ups, right?

To make the most out of this natural wonder, you only need a couple of items:

And that’s it! Couldn’t be easier, right?

So, how can you make the most of this simple remedy? We’re going to have to cover a few basic steps, including choosing the right apple cider vinegar, making sure to mix it properly, and having the patience to realize that this isn’t an overnight solution.

Step 1: Get the Vinegar Ready

This sounds pretty easy, and it is. However, you may be wondering what kind of apple cider vinegar to buy. Even though there are many different brands out there, the differences between most of them are minimal, with one exception: whether or not the apple cider vinegar is organic or non-organic. So, what’s the difference? It is generally accepted that, when used as a home remedy, organic apple cider is preferable.

Organic apple cider usually contains “mother of apple,” a by-product of the natural fermentation, which helps to give it a cloudy appearance. This substance is thought to be rich in enzymes and proteins and makes the vinegar healthier and more effective in dealing with digestive issues. Non-organic apple cider vinegar has been pasteurized and, as a result, does not have this substance. So, get whatever brand of apple cider vinegar you want, but opt for the organic, non-pasteurized variety so you can be sure to eke out all of the benefits you can.

Step 2: Mix the Vinegar Into the Water

This is another easy step, but an important one. Since you are drinking vinegar, it’s important to remember that vinegar is an acidic substance. If you don’t dilute it with water it can have several negative effects on your body. First, it can erode your teeth. Enamel might be the strongest substance in our bodies, but it’s not strong enough to withstand the corrosive effects of acid over time. Prolonged exposure to apple cider vinegar can start to wear down that enamel covering, causing you a host of problems.

Second, drinking straight apple cider vinegar can burn your esophagus. Hey, remember that burning sensation you were experiencing? The one you’re trying to fix? Well, if that burn is caused by the acid coming into direct contact with the lining of your esophagus, I think it makes sense that adding to that problem by introducing another highly acidic solution into the mix is not going to win you any Nobel Prizes for science any time soon.

Finally, apple cider vinegar can interact with certain medications, such as laxatives or diuretics, and cause some pretty unpleasant side effects. If you are taking anything, it’s always a good idea to check with your healthcare provider before adding another daily regimen.

How’s that taste? Probably not great, since you’re drinking vinegar. Still, you have to power through it and drink the whole glass to get all of that vinegar in your stomach! The good news is you can sweeten it up with a little bit of honey. You don’t want to add too much, but just enough to take the edge off is perfectly fine and won’t interfere with the effect of the apple cider vinegar in any way. Honeyed or not, drink the mixture right before every meal, or right after, if you prefer. Just make sure that you drink it close enough to your meal that it will be in your stomach when your food is freshly introduced, to help aid in the digestion process.

YOU Can Control Your Blood Sugar...

Rome wasn’t built in a day. Good things come to those who wait. All in good time. Patience is a virtue. Choose your saying, but make sure you understand the point: while you may notice some short-term relief, this isn’t a cure that happens overnight. The acid reflux may start to ease its symptoms sooner rather than later, but you need to stick with the treatment long enough to have a more permanent effect or you could just end up right where you started. How long? It depends, but it will definitely take a little while for the vinegar to do its job. Repeat this process daily for at least three months before taking a break. If, after a couple of days off, the familiar burning sensation starts to creep back up your chest and into your throat, then start the process back up for an additional three months or so before trying it again.

So, How’s That Work Again?

It might seem a little counterintuitive at first. I mean, to treat an acid problem you are actually ingesting more acid. What’s the logic behind that, you may ask? There’s more to this than just a real-life application of “fighting fire with fire.” Thankfully, there’s some real science behind this trick. It is thought that one possible cause of acid reflux, believe it or not, is a lack of stomach acid.

Drinking the vinegar helps to slowly bring the natural acid back to an acceptable and functioning level. Another line of thought is that the vinegar helps to lower the pH levels of the existing acid in your stomach so that it is not too acidic, but still capable of digesting your food. Others think it actually helps to reduce the amount of acid in stomachs that produce too much. Regardless of the reason, the outcome is still the same.

If you ask me, we’ve suffered long enough. Acid reflux is painful, and if left untreated it can have serious detrimental effects on your day-to-day activities, not to mention your social life. That’s why it’s important to fight it as soon as possible. And as you can see, it’s quite easy and cheap to do so.

If you seriously cannot get around the taste of apple cider vinegar, you can always just take it in capsule form and skip all that unpleasantness. For my money, though, this is the way to go. It’s an easy, inexpensive fix. For the cost of a couple of bucks, you have a long-term solution that can turn your life around. So, what are you waiting for?

Have you tried using apple cider vinegar in the past? If so, did it work? Have you tried something else that also works? Do you have any tips that I missed? I’d love to hear from you -- let me know in the comments!

How to Use Meditation Statues