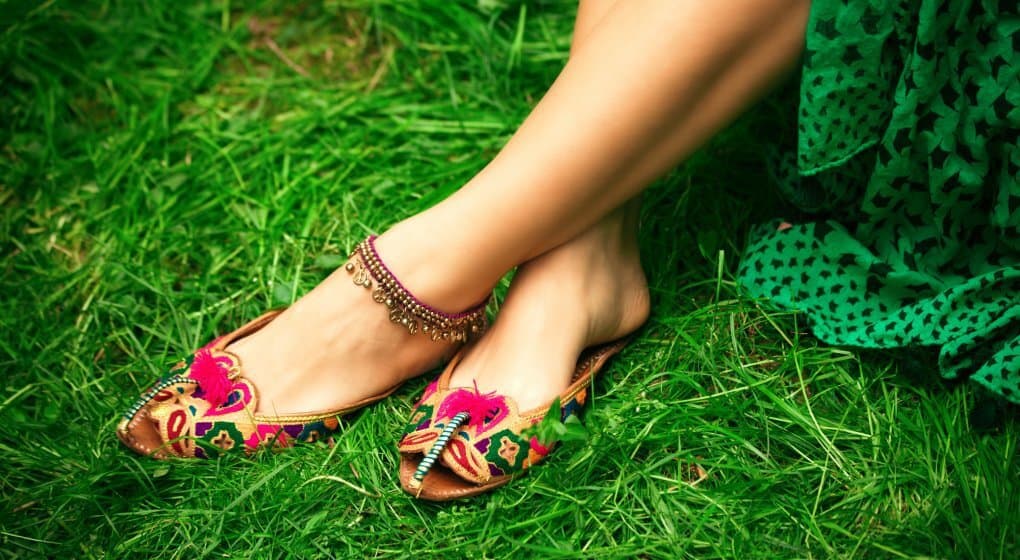 Scientific studies have proven how beneficial grounding can be to our health. The ideal way to do so would be to go outside barefoot and stand in the grass. Unfortunately, this is not practical or achievable for everyone. Many have jobs that keep them indoors for most of the day, and then have other duties to tend to once they get off work.

Earthing and Grounding Shoes Could Dramatically Improve Your Health

The concept of earthing has been around since the beginning of mankind. Early man, however, didn’t realize the drastic health benefits they received by walking around barefoot. About 10,000 years ago, mankind’s feet began to lose contact with the earth when the first sandals were worn. Shoes were seen as a status symbol by the time Rome rose to power.

By 1876, the first rubber-soled shoes were being introduced, and by World War II it was considered common to wear synthetic-soled shoes. Mankind was quickly losing contact with the earth, and all the benefits afforded through grounding.

When making direct contact with the earth, we receive a boost of revitalizing energy. Unfortunately, most shoes prevent this from occurring. Since we now spend most of our days inside and wear shoes when we go outside, we lose the benefits that direct contact with the earth can offer. Some can go years without their feet touching the ground, as further explained in this YouTube video, “What is Earthing?”

When we lose direct contact with the earth, positive energy accumulates in our body. Positive energy, in this case, does not refer to good energy. This “positive energy” refers to collected protons. As protons accumulate, our bodies grow further and further away from a neutral charge.

The Benefits of Earthing

The US National Library of Medicine published the article, “Earthing: Health Implications of Reconnecting the Human Body to the Earth’s Surface Electrons.” This article opened by saying that new scientific research has indicated that direct physical contact with the electrons on the earth’s surface has direct and positive physiological effects. The earth’s surface constantly generates an endless supply of electrons, thanks to the global atmospheric electrical current.

Earth’s electrons remove free radicals from our system, reducing our risk of cancer and other fatal diseases. Earthing has also been shown to relax the nervous system as your body returns to center. As a result, many users have reported a reduction of symptoms associated with anxiety, depression, and poor sleep.

Why Not Just Walk Around Barefoot?

The concept of earthing is big on maintaining contact with the earth. Wouldn’t it just be easier to walk around barefoot? Unfortunately, walking around barefoot outside today can cause more harm than good, especially depending on where you live. If you live in a city, you risk infection walking through dirty streets.

Manhattan dermatologist Dr. Judith Hellman told The New York Times, “(But) when you go barefoot, you are exposing yourself beyond what you really need to.” She went on to elaborate that danger lies everywhere. Even something as innocent as a rose bush could transmit sporotrichosis, which is a fungal infection.

This is where earthing shoes come in handy. Earthing shoes allow you to maintain contact with the earth and receive the grounding benefits of walking around barefoot without risking infection.

Grounding shoes promote an electric current with the earth. Earthing shoes contain a conductive material in the footbed, such as copper, carbon, or silver. Grounding shoes allow you to take advantage of the earth’s benefits, no matter where you are, what time of day it is, or what the weather is outside.

It’s worth noting that you may not see results overnight. Some users don’t feel anything when they first try the shoes on, while others immediately feel the effects. Everyone’s body is different. If you purchase a high-quality pair of shoes, trust that in time the results will be positive.

Additionally, the initial results may not be what you’d expect. Some users have reported that their first earthing attempts resulted in aches, pains, and a feeling like they had the flu. This is common as your body works itself back to a neutral charge. Most report that these feelings are temporary and ultimately subside.

If these feelings are too intense, remove the shoes and take a break from using them. After a few days, begin wearing the shoes again for a few minutes at a time until you gradually become accustomed to the way the earth’s energy interacts with your body.

If you’re looking to protect your feet while earthing, your best bet is to start with one of these models of grounding shoes. Many of the companies on this list make a variety of grounding shoes, so be sure to compare product selections before deciding on the right earthing shoe for you.

Many manufacturers choose to use natural materials when constructing their grounding shoes. Bastien provides one of the highest-quality moccasin earthing shoe products.