What Are Tick Tubes?

Tick tubes are a great first line of defense against nature’s Lyme disease carrying little nasties, the tick. If you live in an area where there are lots of ticks it may make sense to use tick tubes.

The use of tick tubes can reduce the tick population by up to 90%, making it one of the most effective tick control methods available.

If You Prefer All-Natural Tick Control...

...either in addition to or instead of synthetic chemicals, then you should see our article on using cedar oil for pest control.

Check it out! lorem ipsum dolor

How Do Tick Tubes Work?

In a symbiotic relationship, tick tubes use another little pest (the mouse) to kill the ticks for you. Ticks reproduce in mice nests and then use the mice to transport themselves across your yard.

The tick tubes contain cotton balls laced with a poison called permethrin. Permethrin is harmless to mice but effectively kills the ticks.

Here is how it works: the mice find the cotton balls in the tubes and carry them back to use as a nice, fluffy addition to their nests. That cozy cotton nest soon reveals its other side and kills all the young ticks while leaving the mice unaffected.

To use them, you place the tubes a few feet past your yard line (into the woods, tall grass, etc.) and put one down every 10 feet around the area you want to protect against ticks. Deploy them twice a year when the mice are mating and forming nests, which in the Northeastern US is April and July.

Where to Buy Tick Tubes

The easiest way to get tick tubes is to buy them online. For several years I bought Damminix tick tubes on Amazon.com but they are no longer in stock (thanks Covid).

You can still purchase them in various quantities to cover any size yard and they are ready to use out of the box. The tubes are even camouflaged so they aren’t visibly obvious.

A similar, cheaper and in-stock product is Thermacell tick tubes. There's not much to tick tubes so the differences are minimal but I've noticed that in the high demand season there can be a 1-2 month wait (!) on Amazon, so order early.

The drawback is that for what they are, they’re very expensive. A one-year treatment for a 1/2-acre yard is nearly $200. Given that, the best option is to just make your own. It is much cheaper, and not difficult at all.

Making your own tick tubes is easy. Cardboard tubes are basically free, just save them from toilet paper and paper towels (cut paper towel rolls into 2 or 3 segments).

Buy some cotton balls. The big, fluffy ones are best because there’s more surface area for poisoning and you can use fewer of them to stuff a roll tightly so that they stay in place.

Here are the components of tick tubes: 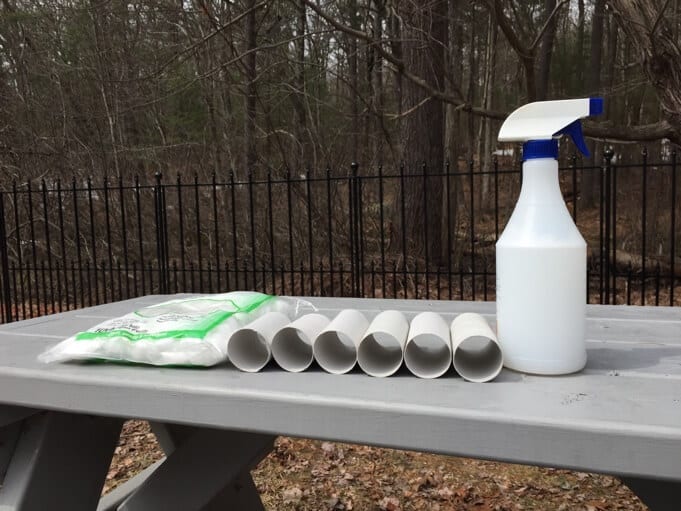 I usually place 24-30 tick tubes to cover roughly half an acre of usable yard space. 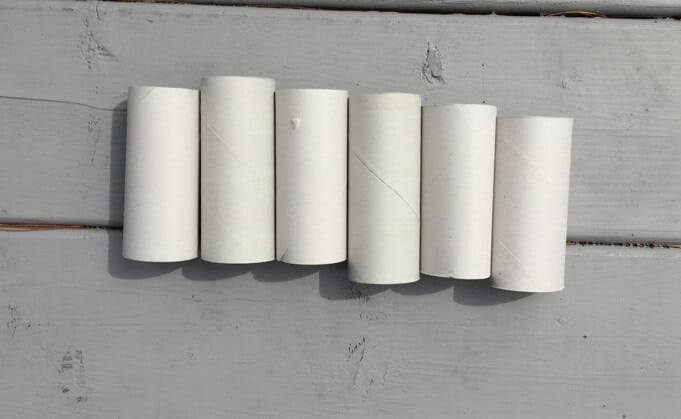 Before moving on to the permethrin section, I recommend protecting yourself when handling any poison so get some gloves and a mask, which hopefully you have on hand and at the ready.

Next, dilute the permethrin. The instructions on my bottle of permethrin SFR for reducing lawn tick populations call for 0.4 to 0.8 ounces of permethrin to 4 to 25 gallons of water. HOWEVER, that's for applications where you are spraying permethrin directly on the lawn.

The concentration of permethrin in tick tubes is 7.4%. So if you're using the bottle we recommend which is 10% permethrin, you can dilute it slightly or just use it as is.

Where to Buy Permethrin (the active ingredient)

The permethrin is the only ingredient that isn’t a normal household item. It's very easy to obtain though, just order some on Amazon.

It’s a 32 oz. bottle which is enough to last you a very long time if all you do is make tick tubes with it.

Add the permethrin to the water in the proper proportions in a spray bottle, then shake it up. Avoid shaking it in front of your face. 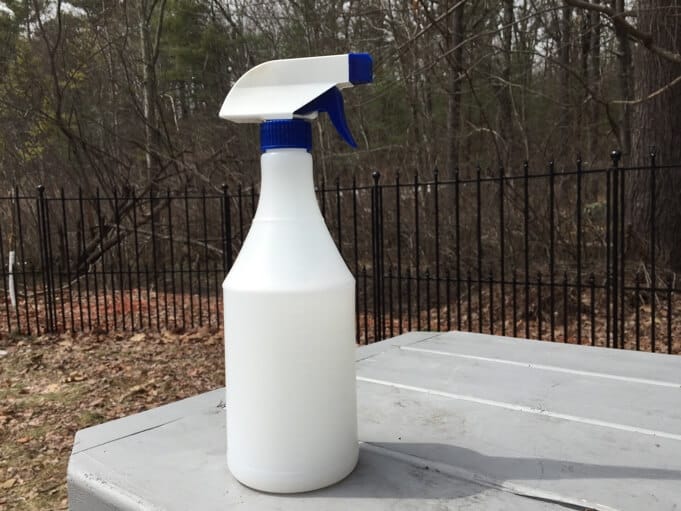 Digging through the recyclables will get you a plastic container to use for treating the cotton. Just throw the cotton balls in the container and spray it with the permethrin dilution using a spray bottle. Move the cotton around and make sure it’s well-treated. 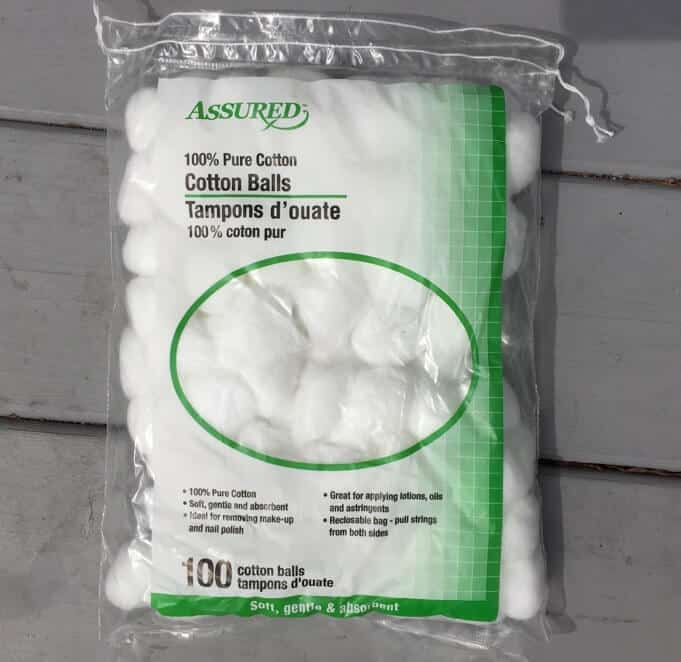 Here's a little video that brings it all together:

Let the cotton air out for a while then stuff the cotton balls into the tubes so they stay there. Not super tight, just tight enough that they don’t fall out easily.

Then spread them around the perimeter of your yard, a few feet past your yard line and spaced 10 feet apart from one another.

The idea is to let mice get to them, so make sure they are on the ground and you can even give them a little cover.

Pro Tip: You can use dryer lint instead of cotton balls inside the tick tubes; it works just as well (though it may not disintegrate as quickly). It takes some planning to collect that much dryer lint, but how many chances do you get to recycle dryer lint?

Just in case you’re worried about what it might look like to have toilet paper rolls all over your yard, the photo below is of one of these tubes with a few leaves sprinkled over them.

View from the road: 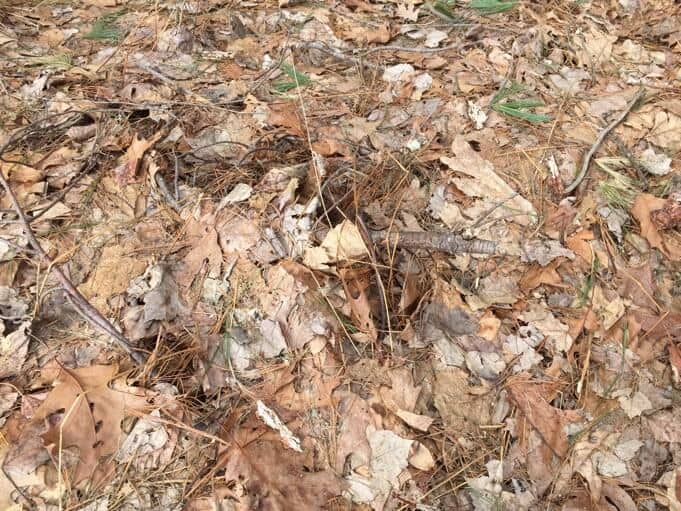 View from the woods. You can still barely see it: 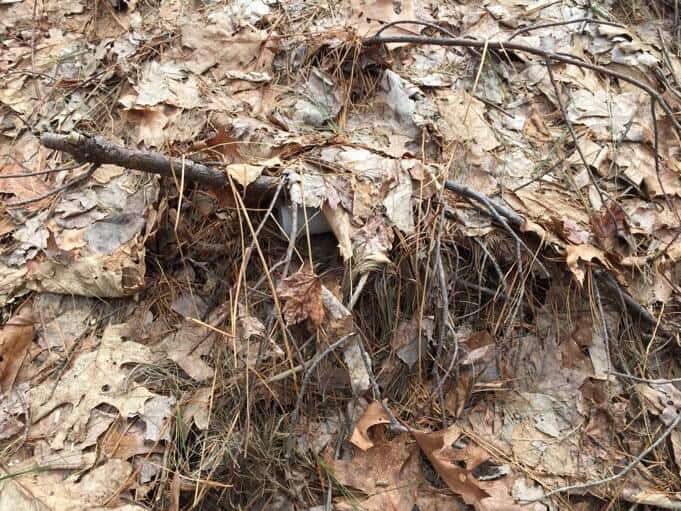 And that’s it! Save up your paper rolls over winter and by spring you’ll have all the ingredients you need to keep your family free from the bite of those disease-carrying ticks.

Tick tubes are effective but are only one of several tick killers for lawns. Use it as part of an overall tick defense strategy in areas where ticks are particularly concentrated and you will notice marked results. 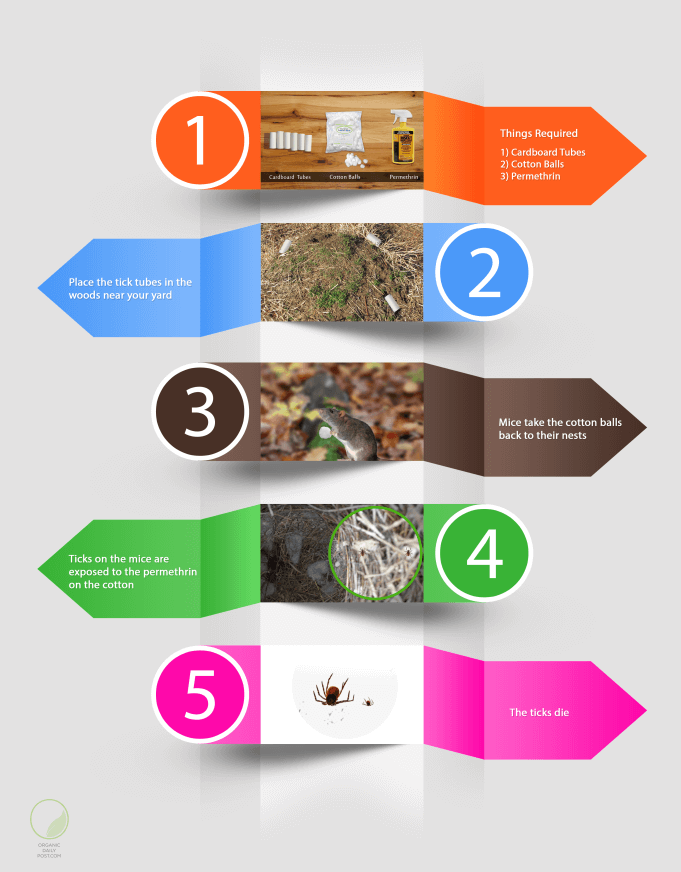 A Word About Permethrin

While deadly to ticks, a benefit of Permethrin is that it has low mammalian toxicity. That is, it's not very toxic to humans and other mammals. In fact, a form of it is used to treat scabies infections in humans.

That said, the same Cornell study linked above also stated "...contact with eyes, skin, or clothing should be avoided and handlers of permethrin should wash thoroughly after handling. Breathing of the spray mist or vapors of permethrin by workers should be avoided." It is somewhat poisonous so wear a mask and rubber gloves when handling it and make sure not to inhale the fumes.

We're very concerned with environmental toxins here at the Organic Daily Post, so we want you to know what you're dealing with.

Below are the first aid instructions for Permethrin, they do a pretty good job of letting you know what to be concerned about: 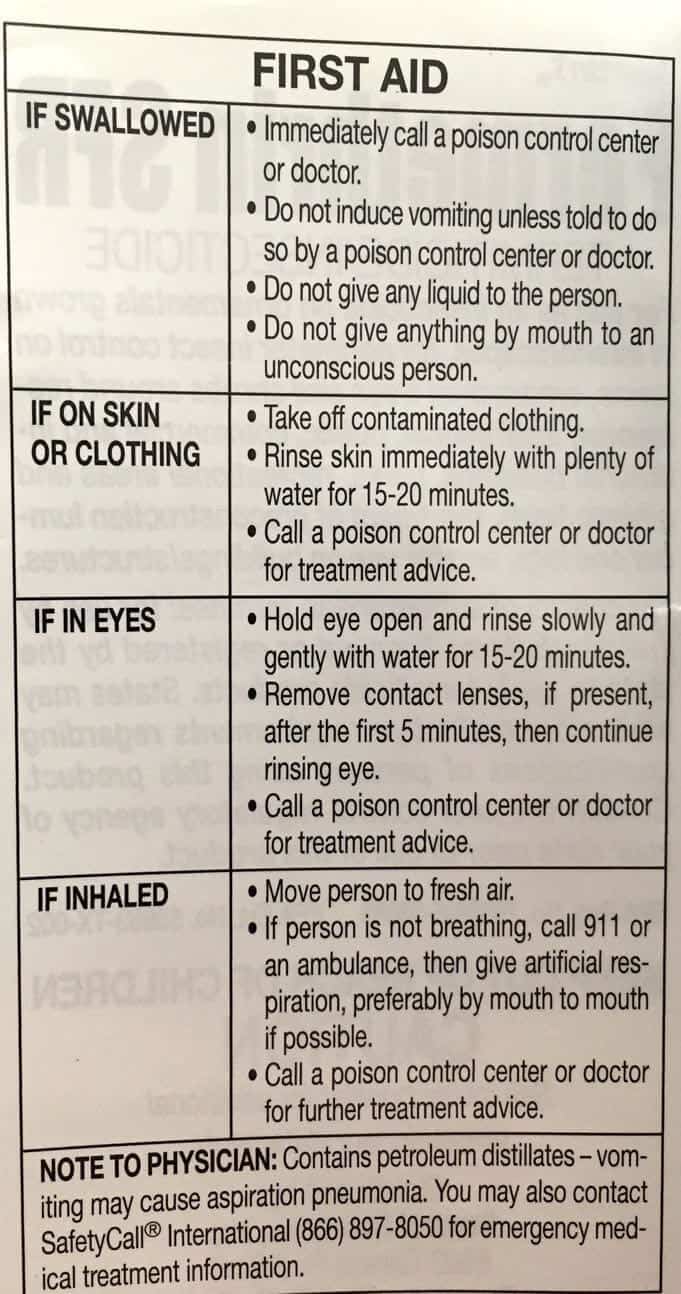 The tubes contain the poison and target it specifically to ticks, which is important. Permethrin can be used more broadly but be aware, permethrin is very dangerous to cats, fish, and insects in general including beneficial ones like bees and butterflies. So simply spraying it on your lawn would be ecologically hostile...keep it in the tubes please.

Here are some common questions from our readers:

What are the most effective strategies for killing ticks in your area? Let us know in the comments below!

Take a look at our Lyme disease topic page to learn more.

Meditation Tables for Your Home Shrine