Lyme Disease
Written by Sabrina Wilson and updated on April 3, 2019 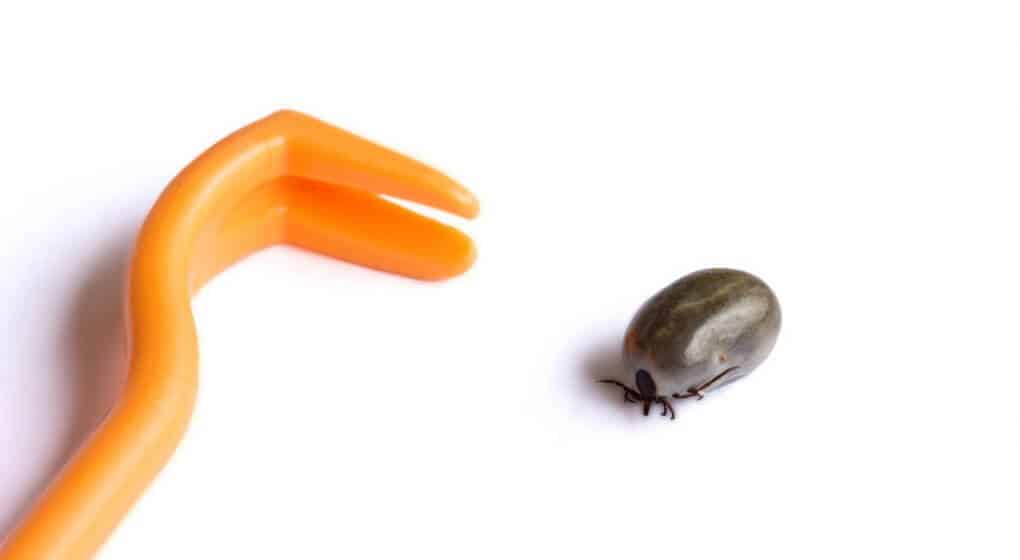 There are good ways and bad ways to remove a tick.

The worst is using your fingers; don't do that unless you're stranded on a deserted island. We have serious tick problems where I live...which is obviously Massachusetts.

There are all kinds of home remedies that people claim will make ticks extract themselves from the skin like petroleum jelly, nail polish and essential oils. There are also all kinds of methods people use like twisting as you pull. I've even heard of people putting a match to their skin. (Ouch!)

The experts at the CDC say that the best way to remove a tick is to pull it straight out as soon as you find it, using a fine-tipped instrument. Don't mess around trying to get it to back out, don't leave any mouth parts in the wound, and NEVER squeeze the tick's body while it's attached. That's like injecting yourself with Lyme disease.

You may not know this, but there are a wondrous variety of tick removal tools on the market. So we've set out to find the pros and cons of each to help you decide which ones to include in your kit whenever you decide to head outdoors. ​

​I'll start off by saying that these are all highly-rated tools. They are all capable of doing the job and every one of them has raving fans that swear they'll never use anything else.

They are also all very affordable and often come in multi-packs. However, there are differences in form and function that may matter to you. Those are the differences we've focused on here. 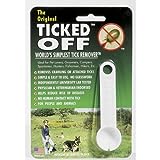 Popular
Ticked Off
Check on Amazon 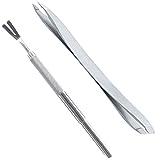 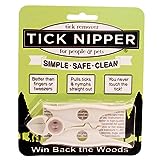 I would personally use separate tick removal tools for my dog or cat. Some users cite this as necessary because some tools are easier to use on dogs than others. This is because many dogs can't sit still while you remove the tick.

There are a couple general types of removal tools and a couple of unusual devices. Most of these tools are either some form of tweezer or have a V-shaped slot that grabs the tick, or both.

Ticked Off is a very simple device and it’s the one I most commonly see in stores. It looks like a measuring spoon with a V cut in it so you can grab a tick by the head and use the bottom of the spoon as a fulcrum to pull the tick out.

This tool comes in multiple colors but some people have complained about the darker colors because that makes it harder to see the tick. I really don’t know why they make tick tools in colors other than white.