▷ Know Your Enemy: The Life Cycle of Ticks

Know Your Enemy: The Life Cycle of Ticks

Ticks are nasty little creatures that until the last century were thought of as merely annoying little pests. Ticks are members of the spider family and like spiders; the adult ticks have eight legs. Unlike spiders however, ticks go through four (4) lifecycle stages. Ticks usually take two to three years to fully mature and are generally infectious to humans and larger animals during at least two of their four developmental stages.

The tick starts its life as an egg. Eggs are mostly laid during the spring. By summer, the ticks hatch as larva having only six legs but looking very much like a very tiny version of the adult.

The larva – like the next two stages, requires blood from a host to progress to the next stage. The larvae usually finds a host in small animals like birds, mammals, or rodents. Most ticks in the larval stage will take 9 months or more to develop into the nymph stage the following spring.

Before they infect you or your family

Ticks in the Nymph stage are generally about 1/10th the size of the adult tick and are capable of attaching to a larger animal or even a human host. The most common transmission of Lyme disease actually occurs during the nymph stage – usually in the spring and summer months when the tick is only the size of a poppy seed. By the fall, the adult tick will develop and though it is still infectious – it is much larger and easier to spot and is not responsible for nearly as many infectious disease cases including Lyme disease, Rocky Mountain spotted fever or any of the other varieties of diseases that ticks can carry. This is due not only to its size, but also the fact that humans are not as active outside in the fall and winter months and tend to wear more clothing.

Like most insects – once the weather gets colder, activity slows down. Females who fed on their third host will lay blood-engorged, semi-dormant, often in leaf litter until laying her eggs in the late spring. An adult tick can lay up to 1,500 eggs per year.

Ticks are drawn to their hosts by warmth, moisture, body odor, and even vibrations. None of the four (4) stages allow them to fly or jump so they must wait for a host to happen by. This method is known as questing. The questing tick lurks patiently on grass, leaves, or branches for the host to walk by at which time they climb aboard.

Some ticks attach themselves quickly while others take their time to find exactly the right spot on the host body. Once the tick has crawled into the perfect locale, it grabs on and cuts into the skin. The tick then inserts a feeding tube which can be secured with a cement-like substance or barbs, depending on the tick type. Many ticks have saliva with anesthetic properties that deaden the skin to prevent the host from noticing the bite. 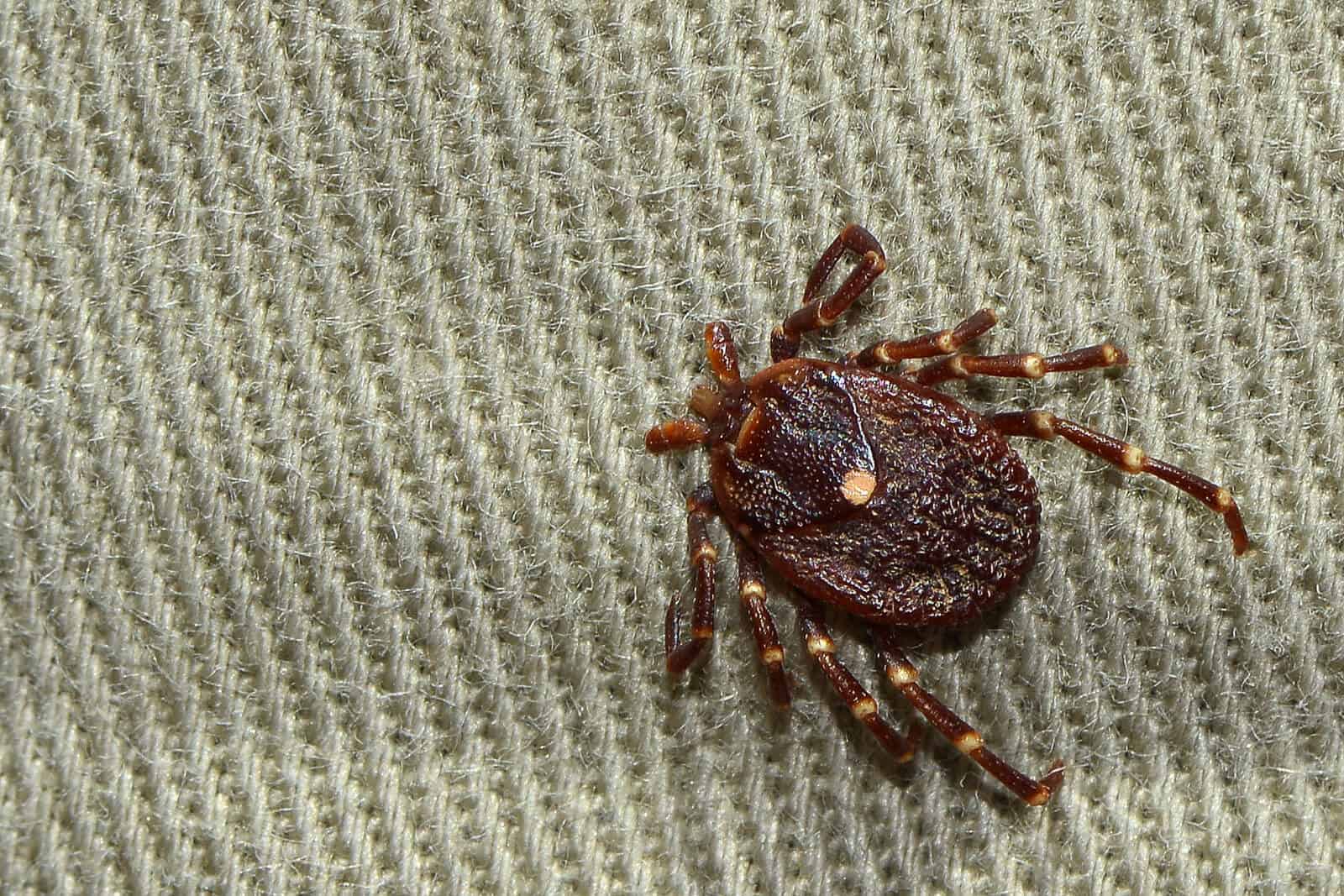 If the host animal is infected with a pathogen, the organism will be sucked up right along with the blood where it lives in the tick’s digestive system. Once the tick has finished feeding, it usually drops off on its own and prepares for the next phase – where it can transmit the infectious organism (such as Borrelia burgdorferi that causes Lyme disease) to the next unsuspecting host.

We review all the best tools for tick removal...

Prevention Is the Key

To better protect yourself, wear protective clothing when applicable, use insect repellants including essential oils such as tea tree oil, citronella or our favorite, cedar oil.

The internet is full of suggestions on how to remove ticks safely but most experts recommend simply removing the tick with tweezers. The tweezers should be placed as close to the skin as possible and the tick pulled gently but steadily out of the skin. The bite area should be washed thoroughly and treated with an anti-infective agent such as tea tree oil – or an antibiotic ointment if you want to go the traditional route. If possible, the tick should be preserved in alcohol in case an illness develops.

This is just the start of what you need to know about Lyme disease. Take a look at our Lyme disease topic page to learn more.​

Are You Giving Too Much to Your Job? Find Out Here